TN to hand over probe into custodial deaths to CBI: CM 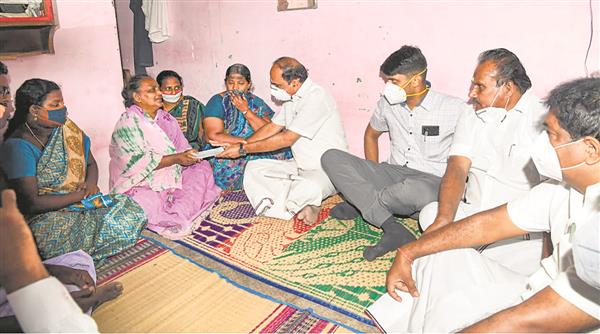 The Tamil Nadu government has chose to hand over the probe into the deaths of a father and son at Sattankulam, due to alleged torture in police custody, to the CBI, Chief Minister Edappadi K Palaniswami said in Salem on Sunday evening.

He said when the case comes up for hearing, the government will inform the court about its decision to transfer the probe to the CBI and with the court's permission the probe will be transferred.

Jayaraj and his son Fennix, arrested for allegedly violating lockdown norms on business hours of their cellphone shop, died at a hospital in Kovilpatti on June 23, with the relatives alleging that they were severely thrashed at the Sathankulam police station by police personnel. Family of the deceased and the traders have suspected police torture for the death of the duo.

Team India senior player R Ashwin has sought justice for the bereaved family of Tamil Nadu shopkeeper Jeyaraj (63) and his son Bennix (31) who were allegedly killed in police custody in Thoothukudi. district of the state.

Two police officers, sub-inspector Balakrishnan and Raghuganesh were suspended and all the other officers were dismissed.

- Jayaraj and Fennix were admitted to Kovilpatti government hospital on June 22. He died around 9 pm.

The incident has sparked protests in Tamil Nadu and massive outrage on social media.

"After getting approval from Madras High Court, seized of the matter, the case will be transferred to CBI", the CM said on Sunday. The hashtag #JusticeForJayarajandBennicks became a top trend on Twitter on Friday.