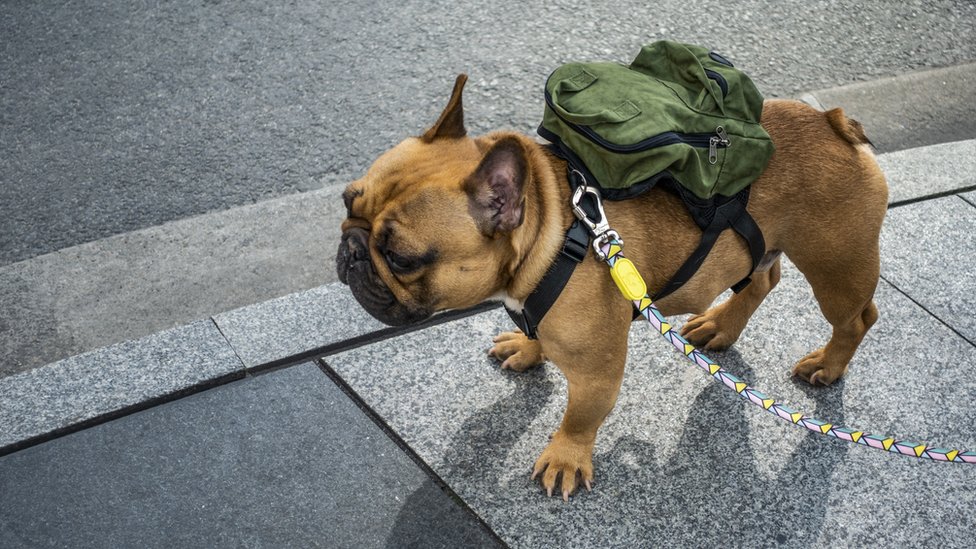 During the first weekend under curfew, police across Quebec handed out 750 tickets to people who ventured outside after 8pm.

The wife told police she was out "walking her dog", one of the few activities allowed during Quebec's nightly curfew that began on Saturday.

The unnamed wife tried to argue with police that she was not breaking coronavirus rules, as it is permitted to break curfew in order to walk your dog.

During a phone call with Daily Hive, a Sherbrooke police spokesperson said the couple "was happy to receive" a curfew infraction after not collaborating with local authorities.

Police patrolling the streets spotted a 24-year-old woman walking her 40-year-old husband on a leash on the sidewalk in the direction of Sherbrooke's downtown.

When stopped by police, she reportedly told them she was just "walking her dog" and the pair were fined CA$1,546 (RM4,900) each, local newspaper La Tribune reported.

When asked by cops why she was breaking the curfew, she said that she was within curfew rules to walk outside of her house till 1 km to walk her dog outside of curfew hours.

The curfew in Quebec took effect last Saturday night and was implemented in hopes of curbing Covid infections within the Canadian province.

Quebec and the rest of Canada have seen a sharp uptick in COVID cases in recent months.