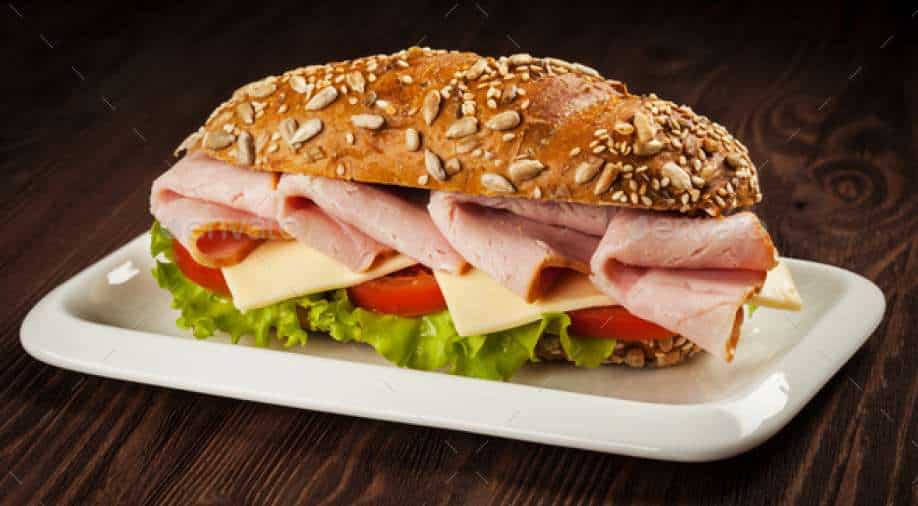 Burgess described the reports as "the great rock n roll swindle" in a tweet, adding: "We need to get answers to this and not let them sweep it under the carpet - they shouldn't be let off the hook for treating artists with such contempt".

But footage broadcast on Dutch TV shows customs officers informing baffled drivers of the new rules - and taking their sandwiches away.

Dutch border: During a line of questioning, the border patrolmen concluded that all the sandwiches had to be confiscated despite the driver's suggestion he would simply remove the meat.

In another clip, a border guard tells a driver that "since Brexit, you're no longer allowed to take certain food through Europe, like meat or fruit, vegetables, fish, those kinds of stuff".

The member of the force's quip, "Welcome to the Brexit, sir", spawned memes as social media users mocked the Vote Leave slogan of taking back control.

A petition calling on the Government to negotiate a "free cultural work permit" to ensure ease of travel throughout the European Union has received more than 235,000 signatures. And Andorra, Iceland, Liechtenstein, Norway, San Marino and Switzerland are also exempt from the regulations.

Drivers cannot say they were not warned: the British government in December gave the example of ham and cheese sandwiches as food that could not cross to the continent after Britain formally abandoned European Union trade rules on 1 January.

Meanwhile, Hauliers are warning that freight delays will escalate this week as more firms attempt to send lorries overseas. "There will come a nail-biting moment when people bite the bullet and send the truck".

"The EU have always anxious that a dynamic, free-trading United Kingdom, outside the EU, would eventually eat their lunch on world markets, so now they are retaliating by trying to steal our truckers' lunches instead!"

The UK Department for the Environment, Food and Rural Affairs (Defra) have said that all travellers should "use, consume, or dispose of prohibited items at or before the border".

"Sure we're not Mexico".