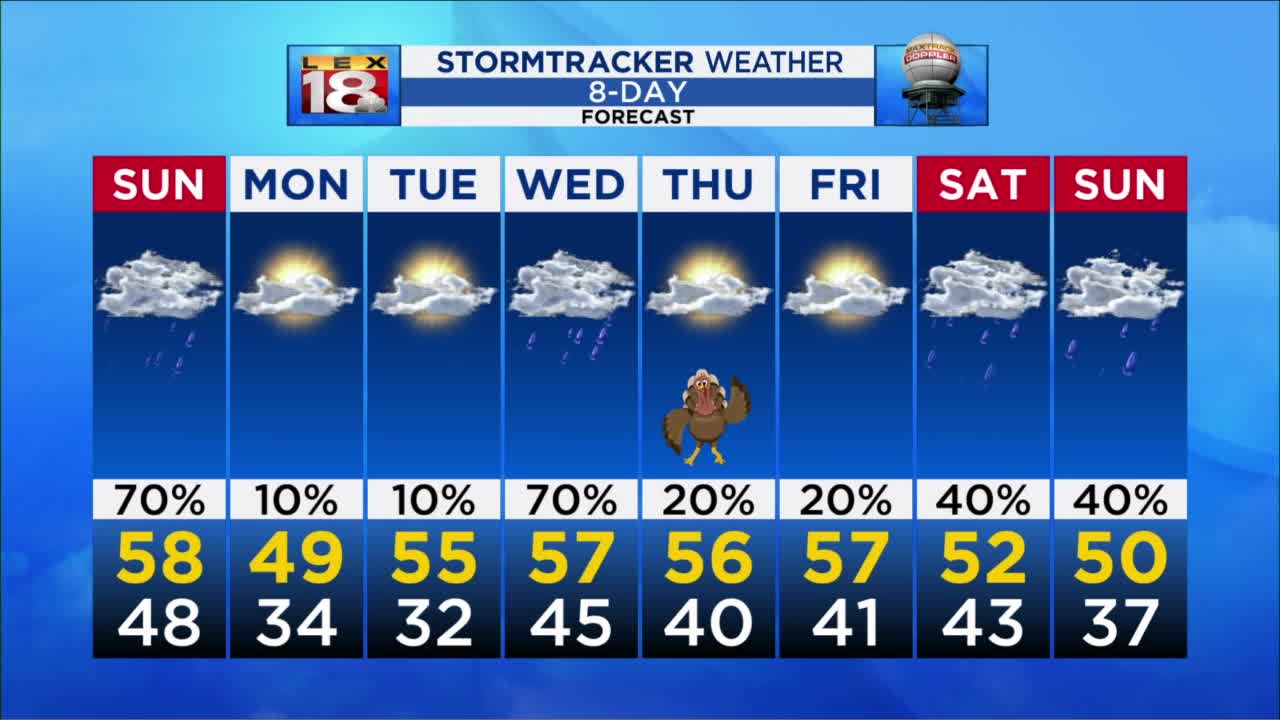 Most of Wednesday will be dry with increasing clouds, but showers will move in from the west towards evening.

It is to be a largely sunny weekend in the capital with temperatures reaching highs of 19 degrees and lows of 11 degrees.

As far as Thanksgiving Day is concerned, folks along the East Coast could wake up to a soggy start.

Some rain is expected for Monday with temps cooling into the mid-40s. A stiff wind picks up from the northwest, around 15-20 miles per hour with gusts to 30-35 miles per hour at times. Expect lows in the low to mid 30s. However, another front will bring a higher chance for rain later in the week. Highs struggle to near 50. But with a few peeks of sun and winds from the south, highs should make it solidly into the 50s. More clouds will begin to roll into the area later tonight as an area of low pressure begins to get closer to our area.

Tuesday will be mostly sunny and cool. Sunshine and cooler temperatures will return Tuesday ahead of another system Wednesday into Thursday. Temperatures as of now look to be on the mild side, rising nicely to near 60.