CLIMATE change is already buffeting Australia with extreme bushfires, droughts and cyclones, and the fossil-fuel reliant country should brace for worse to come, according to the country's top science and weather agencies.

Karl Braganza, manager of Climate Environmental Prediction Services in BOM, said the report confirmed that there had been a "significant increase in the frequency of risky fire weather days across Australia, particularly during spring and summer, leading to an earlier start to the southern fire season".

There has been an increase in extreme fire weather, and in the length of the fire season, across large parts of the country since the 1950s, especially in southern Australia.

A firefighter in New South Wales takes part in a controlled burn before the upcoming bushfire season in Arcadia, September 8, 2020. The average rainfall for these regions during April-October has plummeted 16% since 1970.

The report predicts Australia will have an increased fire threat, inconsistent rainfall and a more acidic ocean.

"The State of the Climate report shows warming, it shows conditions drying through parts of Australia, and the projections are for hotter and dryer conditions going forward".

Dr Jaci Brown, research director at the CSIRO's climate science centre, said: "In fact, we think of this decade being hot, but this decade will be one of the coolest in the next hundred years".

Covid-19 lockdowns and economic downturn helped reduce global emissions in 2020, but it has not been enough to make a noticeable impact on carbon dioxide levels in the atmosphere. 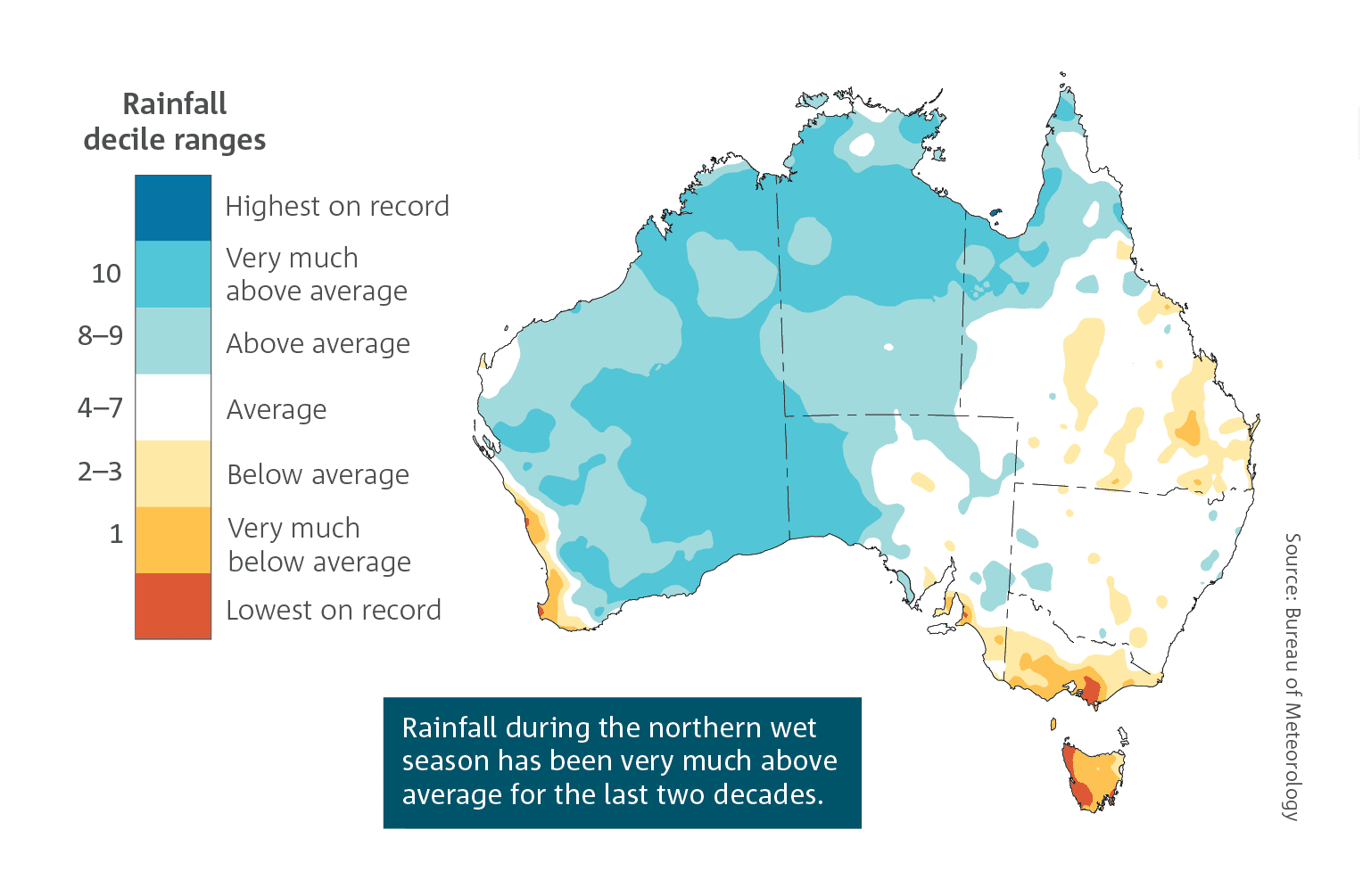 "Climate change is happening now and it will continue to happen", Brown told the ABC.

"This report presents a synthesis of our most up-to-date understanding of the changing nature of Australia's climate, providing a sound base for economic, environmental and social decision-making now and into the future". The sobering data comes directly from the biennial State of the Climate report in which leading experts at CSIRO and Bureau of Meteorology (BOM) monitor and report on the trends and driving factors to climate change.

- The warming trend outlined in previous State of the Climate reports is continuing.

It reveals that Australia's climate has warmed by 1.44 degrees celsius (within a margin of a quarter of a degree) on average in just over a century.

In the southeast of Australia there has been a decline of around 12 per cent in April to October rainfall since the late 1990s.

Dr Braganza said La Niña events are typically associated with heavy rainfall and flooding across Australia. The rate of Carbon dioxide accumulation in the atmosphere has increased with every passing decade since atmospheric measurements began.

The Bureau of Meteorology's Head of Climate Monitoring. It has also worked with the government, communities, and other organisations to advocate for increasing risk mitigation to ensure that Australians can reduce and manage the risks they face.

Liverpool's Salah tests positive for coronavirus, says Egyptian FA
Liverpool striker Mohamed Salah tested positive for Coronavirus on Friday while on global duty with national team Egypt . Salah had been called up for Egypt ahead of a double header against Togo in Africa Cup of Nations qualification.

NASA delays first regular SpaceX commercial crewed flight
Four astronauts - three Americans and one Japanese - are scheduled to rocket to the International Space Station on Saturday night. To do that, SpaceX will land the booster on a drone ship in the Atlantic Ocean and then return it back to land.

President Trump slams NY Gov. Cuomo for doubting COVID vaccine
In fact, Trump said the vaccine will only be delivered once NY gives the government authorization to do so, which Trump said "pains me".

Honda is debuting the 2022 Civic on Twitch, here's how to watch
Grammy-nominated recording artist, Cordae , who is also a gamer, will perform a live concert during the stream. With the Insight in the line-up, it's not expected we will see a hybrid version of the 2022 Honda Civic .