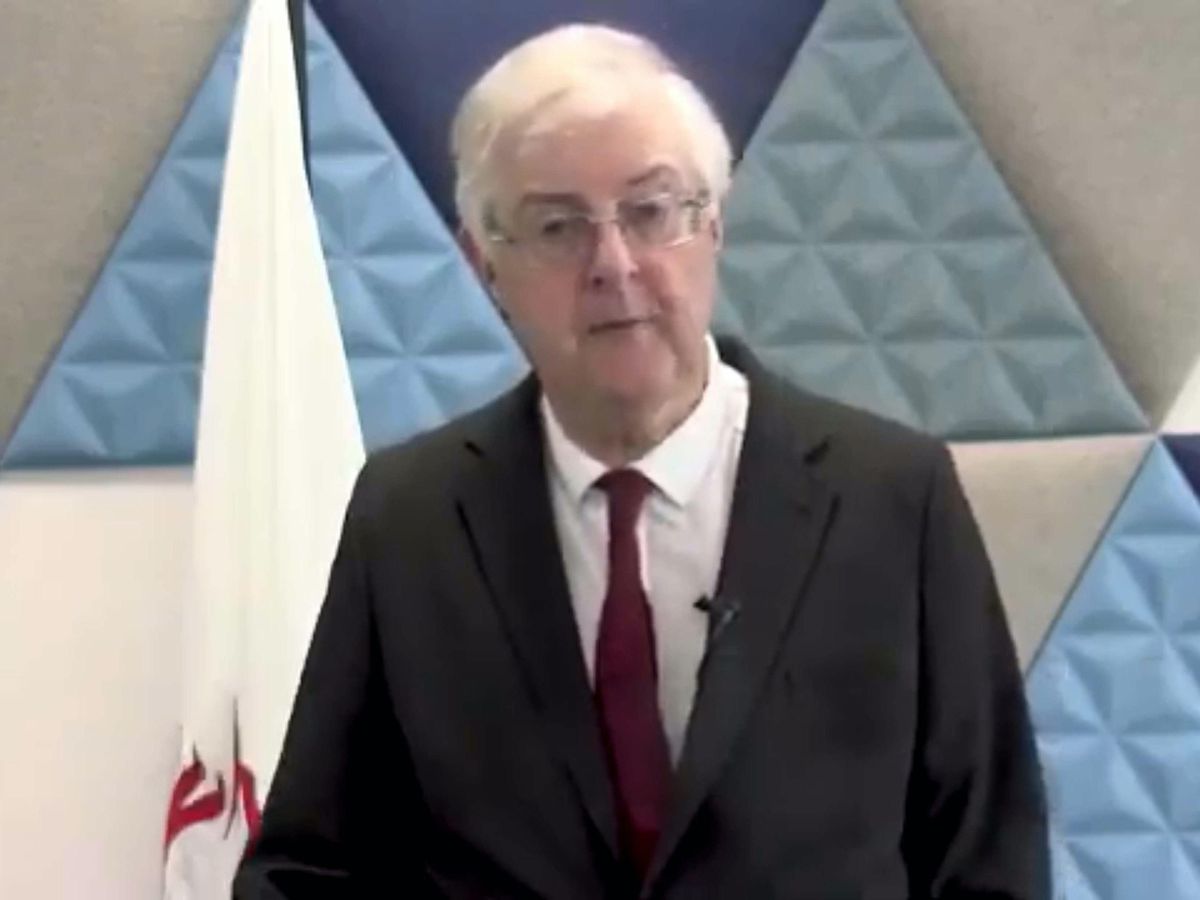 A travel ban preventing people from areas of the United Kingdom with high levels of coronavirus from entering Wales will come into force on Friday, the Welsh First Minister has said.

In a letter written to Mr Drakeford asking for clarification about the restrictions, Mr Hart also expressed his concern over the First Minister's comments that Welsh residents "would be on the lookout" for visitors breaching them.

Police in Wales have already been monitoring traffic for Welsh local lockdown areas, where travel is restricted to and from.

Today Mr Drakeford said none of the areas would be taken out of local lockdown as the trend across Wales was "worsening".

Mr Drakeford said there will be extra police patrols on main routes into Wales who will use Automatic Number Plate Recognition (ANPR) technology and other "well established" techniques to identify where vehicles have come from.

About 2.3 million people are now living under restrictions, meaning no one can enter or leave 15 counties, plus Llanelli and Bangor, without "a reasonable excuse".

Under regulations being introduced, people living in areas with high levels of coronavirus in England, Scotland and Northern Ireland will not be able to travel to Wales.

Speaking at the Welsh Government's Covid-19 press briefing on Friday afternoon, Mr Drakeford said introducing a circuit-break is the "the option that is most actively under consideration" for reducing levels of Covid-19.

The new travel restrictions are expected to affect tourists from England's tier two and tier three areas as well as Scotland's central belt and Northern Ireland.

"This would be a short, sharp shock to the virus which could turn back the clock, slowing down its spread and buying us more time and vital capacity in the health service".

The Welsh Labour leader also suggested Wales could introduce a new set of national restrictions after a successful reset of the virus, after warning around 2,500 people in the country are now being infected every day.

The Police Federation of England and Wales said "policing in Wales is already over-stretched due to the pandemic" and the new measures would add "yet another level of complexity to policing". "He could have helped people in Wales and elsewhere to protect themselves against the flow of virus into areas where the virus is still effectively suppressed".

Commons Leader Jacob Rees-Mogg said yesterday that "putting a border between England and Wales is unconstitutional" and warned it would put the police in an "invidious position".

"These are incredibly hard decisions and we have not yet come to a final conclusion about whether a firebreak is the best way to act", Mr Drakeford added.

"There were a small number of people who weren't willing to do so and fixed penalty notices had to be applied".

Local restrictions on residents in part of south and north Wales remain in place, affecting some of the Snowdonia and Brecon Beacons national parks, where the public must remain within their local authority areas.

Mr Bleasdale said: "There will also be plenty of individuals travelling legitimately from areas which are not high risk, and this will only add to the other difficulties officers face when policing the existing regulations".

UK Accuses Russia of Disinformation Over COVID-19 Vaccine
The Expert Group, in consultation with states, is working actively on prioritisation and distribution of vaccines. Coronavirus vaccines are under trial in India and other countries as well.

Attacker Tweeted against Muhammad caricature
The presidential Elysee Palace said there will be a national ceremony set at a future date to pay homage to Paty. An arrest warrant is out for the father's half-sister, who has joined Daesh in Syria, Richard added.