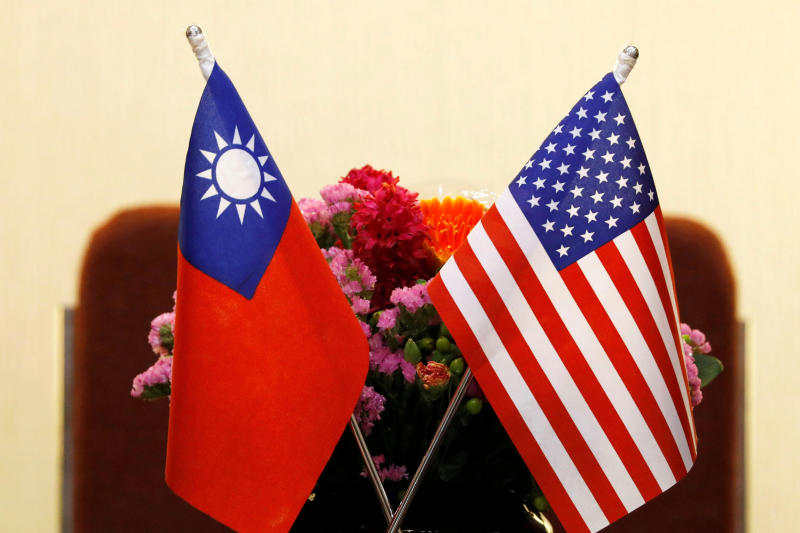 The three United States defense giants will be sanctioned by the Chinese government if the deal goes through, Chinese Foreign Ministry spokesman Zhao Lijian said at a news conference on Monday.

Last week, the Defense Security Cooperation Agency, the Pentagon's office that oversees U.S. military assistance to other nations, announced that the State Department had approved the sale of $1.008 billion worth of AGM-84H Standoff Land Attack Missile Expanded Response (SLAM-ER) and related equipment to the Republic of China, the official name of the government in Taipei, Taiwan.

Under the administration of President Donald Trump the United States has brought Taiwan into play as part of a wider diplomatic and economic squeeze of its rival, sending high-level envoys and boosting arms sales. Even though the island has never been controlled by China's ruling Communist Party, Beijing insists it is an integral part of its territory and has threatened to use force if necessary to assert its control.

"To safeguard China's national interests, the central government chose to take necessary measures to impose sanctions on USA entities participating in the US arms sales to Taiwan, including Lockheed Martin, Boeing Defense and Raytheon", Zhao told reporters at Monday's daily press briefing. Foreign Ministry spokesman Zhao Lijian had said that the U.S. should cut defence ties with Taiwan "so that it doesn't do further harm to bilateral relations and damage peace and stability in the Taiwan Strait". The Pentagon approved the deal last week, infuriating Beijing. The package is worth just over a billion dollars, it said in a statement.

Beijing has ramped up diplomatic and military pressure on Taiwan since the 2016 election of President Tsai Ing-wen, who views the island as a de facto sovereign nation and not part of "One China".

Taiwan's defence ministry said the weapons would help it "build credible combat capabilities and strengthen the development of asymmetric warfare".

China has also launched a diplomatic offensive aimed at courting Taiwan's few official allies, persuading the Solomon Islands and Kiribati to switch sides a year ago.

China has sanctioned US companies in the past, including Lockheed Martin, for selling weapons to Taiwan, though it is unclear what form they have taken.

Samsung Galaxy A02s (SM-A025G) spotted on GeekBench
The primary sensor on the smartphone gets accompanied by an 8MP ultra-wide-angle lens with f/2.2 aperture and 123° field of view. Coming back to the Galaxy A02s, the leaks or benchmarking website are the only source of information about this product for now.

Cardinals hold off Seahawks 37-34
Baker intercepted a pass near the goal line that Russell Wilson tried lofting to Chris Carson during the second quarter. But, four plays later, the Seahawks stopped Arizona on fourth down, meaning Metcalf's effort was not in vain .