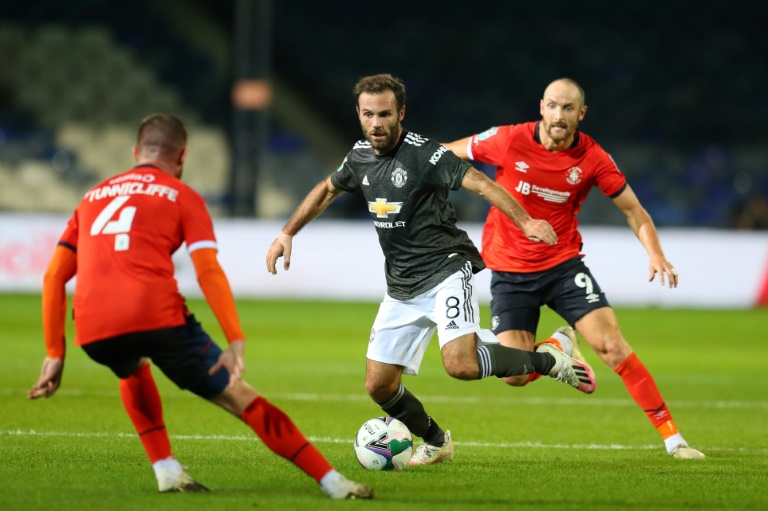 Cullen and Diop had been named in the Hammers team to face Hull last night, while Moyes had been at the London Stadium for nearly an hour before they were all sent home.

West Ham's medical team were informed of the test results while Moyes and his squad were at the London Stadium preparing for the third round tie.

Manchester United moved into the League Cup fourth round with a 3-0 win at Luton, while West Ham boss David Moyes and two of his players contracted the coronavirus ahead of their 5-1 victory against Hull as the pandemic caused chaos on Tuesday.

West Ham revealed all three are asymptomatic and will now follow Public Health England and Premier League guidelines and protocols, which will mean they have to isolate for 10 days.

It is understood West Ham's and Hull's medical departments agreed the match could go ahead within the protocols and in consultation with the EFL's medical department, and given the evidence that suggests there is very low risk of transmission during a match outdoors.

Kocin West Ham United, David Moyes da 'yan wasan kungiyar biyu sun kamu da cutar korona. West Ham won the game 5-1 as Robert Snodgrass scored the opening goal before Sebastien Haller and Andriy Yarmolenko scored two each. They've had the experience of the Premier League, got to the FA Cup final and played in Europe, so they've had a lot of success.

The three positive tests came just hours after Tottenham's League Cup tie at Leyton Orient was postponed after several members of the fourth tier side testing positive for the virus.

It is the latest setback in a hard start to the season for West Ham, who have lost their first two Premier League games against Newcastle and Arsenal.