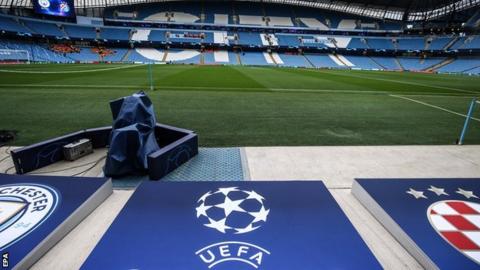 Earlier this month, in a stunning reversal of the previous ruling by UEFA, City won their appeal against a two-year ban from European football when CAS threw out UEFA's sanction in what was arguably the most significant judgement since FFP was introduced a decade ago.

The decision allows Manchester City to compete in next season's UEFA Champions League.

City's failure to cooperate with an investigation into their finances led to them being fined £9million, the Court of Arbitration for Sport has revealed.

However, as a warning shot to other clubs who may try to circumvent the rules, CAS cautioned: "City's failure to co-operate with the investigation is a severe breach and City are to be seriously reproached" adding that it hoped the €10 million fine would be a "sufficiently strong deterrent".

The FFP regulations are created to stop clubs running up big losses through spending on players. They also ensure sponsorship deals are based on their real market value and are genuine commercial agreements and not ways for owners to pump cash into a club to get around the rules.

But noting that the charges of alleged concealment of equity funding were more significant violations, the CAS said "based on the evidence, the panel can not reach the conclusion that disguised funding was paid to City".

Manchester City's fortunes have been turned drastically since a takeover from Shiekh Mansour, a member of the Abu Dhabi royal family, in 2008.

City's European ban was overturned by CAS following accusations that the club's owners disguised at least £204m ($264m) in the club's accounts as sponsorship.

Uefa-appointed investigators opened a case after leaked club emails and documents from City officials were published by German magazine Der Spiegel in November 2018.

The leaked documents included club e-mails which referred to money being routed through sponsors.

"The panel is of the view that UEFA by no means filed frivolous charges against City but based on the evidence the panel can not reach the conclusion that disguised funding was paid to City". Cas indicated that witness statements from senior City executives as well as a letter from club owner Sheikh Mansour - all provided to Cas but not to Uefa during the first process - could have swung the original verdict in City's favour.

James Murdoch Resigns from News Corp’s Board
Murdoch declined to comment further on Friday about the reasons for his departure, saying the letter 'speaks for itself '". The News Corp board, following the resignation will now be reduced to 10 seats from 11 as per the company's filing .

Herman Cain, Co-Chair of Black Voices for Trump, Dies of COVID-19
Although he was basically pretty healthy in recent years, he was still in a high-risk group because of his history with cancer". Former Cain aide Ellen Carmichael, who had served as the communications director for Cain's campaign, tweeted her condolences.