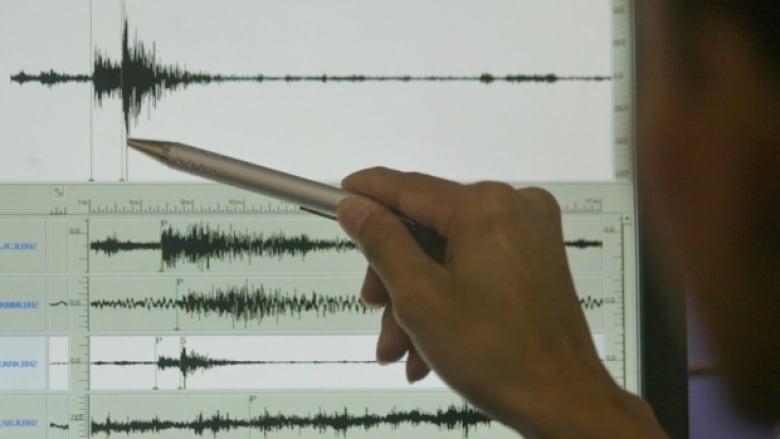 Researchers tracked the "wave" of quietening between March and May as worldwide lockdown measures took hold. As China and Italy, then the rest of the world went into lockdown, limited travel, and encouraged work-from-home, the high-frequency seismic buzz of street traffic, industrial machinery, and other daily human activities dramatically decreased. These have previously been observed during lulls like the Christmas and New Year period, but the new analysis shows that the COVID-19 lockdowns have taken things to a whole new level. This research can help start a new area of study.

The scientific collaboration that examined the seismic info involved 76 authors from 66 establishments in 27 nations around the world. The study's lead authors are based in Belgium, the United Kingdom, New Zealand and Mexico.

A team of global researchers, which included scientists from Imperial College London, used devices known as seismometers to measure the noise caused by vibrations within the Earth.

Seismic waves are the vibrations travelling within the Earth that could be set off by earthquakes or volcanoes. Heavy industry and construction work also generate seismic noise. Dr van Wijk heads the Ru Network of Seismometers in Schools programme which has seen dozens of seismographs installed in schools that, while not as powerful as professional seismic stations, detect earthquakes. The noise from cars, emergency sirens, and children playing in the school yard faded away, leaving urban areas in particular much less noisy during March and April 2020.

"We were able to clearly link reductions in activity with lower seismic noise readings - this is exciting for future research, as it gives us a way to broadly track human activity in near real-time without affecting people's privacy, as we don't need to track specific people or sources of noise".

Some researchers call this reduction in anthropogenic noise and pollution anthropause. This period of time has been coined "anthropause".

"This is the first global study of the impact of the coronavirus anthropause on the solid Earth beneath our feet", study co-author Stephen Hicks, a seismologist at Imperial College London, said in a news release.

"I used the computer code for White Island to analyse Auckland's seismic data, and to my surprise, within an hour I could confirm that Auckland was not only quiet above ground but also underground", he says.

The study reports the first evidence that previously hidden natural disaster signals, especially during the daytime, on seismometers in urban areas seemed much clearer during the COVID-19 lockdown. They think this quiet period will assist in searching for previously hidden signals from earthquakes and volcanoes to better understand natural seismic signals.

The study, for example, explains that during the period of calm has been possible to listen to the first and still weak signs of an quake in the making, previously hidden by the incessant background noise.

Dr Thomas Lecocq said: "Growing global populations mean more people will be living in geologically hazardous areas". Therefore it will become more important than ever-especially with the rising popularity of citizen seismology-to characterize the anthropogenic noise humans cause so that seismologists can better listen to the Earth, especially in cities, and monitor the ground movements beneath our feet.

S. Korea reports Covid-19 spike, virus-wracked US states tighten controls
The KCDC said 86 of the new cases were linked to worldwide arrivals while the other 27 were local transmissions. South Korea has reported a total of 14,092 cases and 298 deaths from the pandemic.

Vietnam detects first coronavirus case in nearly 100 days
These were the details of the news Vietnam back on Covid-19 alert after first local infection in three months for this day. The government did not say how the man contracted the virus but said he had not left Danang for almost a month.

This dazzling rare comet makes its closest approach to Earth tonight
Although the comet will not appear as bright as it did a couple of days before, it will still have a distinct glow around it. While there's no strict definition of what a great comet is, it's generally agreed that we haven't seen one since Hale-Bopp.

Dr. Fauci Throws First Pitch on MLB Opening Day, Completely Misses
The left-hander was lifted after allowing a walk to Michael Taylor that loaded the bases following Robles' double. DJ LeMahieu, who recovered from coronavirus , drove in the other NY run with an RBI single in the third.

No New Cases of COVID-19 Reported in NL Today
The cluster associated with the Thai Rock restaurant in Wetherill Park is now the second largest cluster reported in Australia. Four are associated with a cluster tied to a funeral service at St Brendan's Catholic Church, Bankstown last Saturday morning.