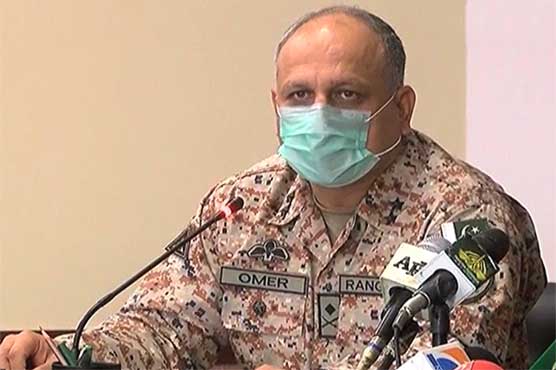 KARACHI: The Pakistan Stock Exchange (PSX) came under attack on Monday morning when four heavily armed assailants lobbed grenades at its entrance and opened fire on security guards and officials before being killed in an exchange of fire that also claimed the lives of a police officer and three guards.

Guards fought back, killing all four attackers, the authorities say, but police officers and security personnel are feared to be among the casualties.

The Baluchistan Liberation Army has claimed responsibility for the attack in social media posts.

The BLA have targeted infrastructure projects and Chinese workers in Pakistan multiple times in recent years, including an attack on Beijing's consulate in Karachi that killed four people in 2018.

The militant group has been attacking businesses seen close to China since the North Asian nation started building a road connecting Gwadar port in Balochistan, and crossing deserts and snow-capped mountains, to China's Xinjiang province.

Editor's note: This article has been updated with new details throughout.

"We firmly oppose any form of terrorism and firmly support Pakistan's efforts in combating terrorism and upholding national security and stability", Chinese Foreign Ministry spokesperson Zhao Lijian said during his regular briefing while responding to a question about the attack.

"Straightaway, I can assure you that this terrorist incident cannot have taken place without [the assistance of an] external agency".

Last year, the US State Department designated the BLA as a global terrorist group, making it a crime for anyone in the United States to assist the militants and freezing any US assets they may have.

"Trading is smooth and continuing".

The city's police had earlier said six people died in the firefight but later revised the figure. "They have been moved to hospitals across Karachi".

Major General Omer Ahmed Bukhari held a news conference on Monday and told that the PSX was attacked at 10:02 AM and all four assailants were killed at 10:10 AM before they could enter the building.

Pakistani police and Rangers discovered more than a dozen hand grenades, boxes of ammunition, and several automatic rifles that the attackers had brought to the stock exchange.

Pakistan has always been plagued by Islamist militant violence but attacks have become less frequent in recent years.