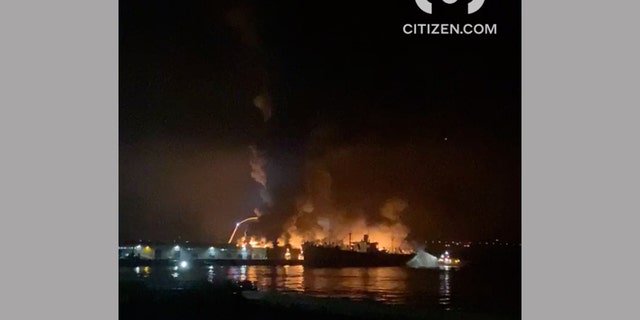 The SS Jeremiah O'Brien, one of just two remaining fully functioning Liberty ships that were launched during World War II and which stormed Normandy in the 1944 D-Day operation, suffered only paint damage, according to the San Francisco Fire Department.

Half of the pier was lost to the fire, the SFFD said.

Crews on a fire-boat were able to save the ship but the warehouse is "a total loss", firefighters said.

At least 130 firefighters have been dispatched to the scene, as well as fireboats and Coast Guard and Police Marine units to help monitor the water around the Pier, according to officials. 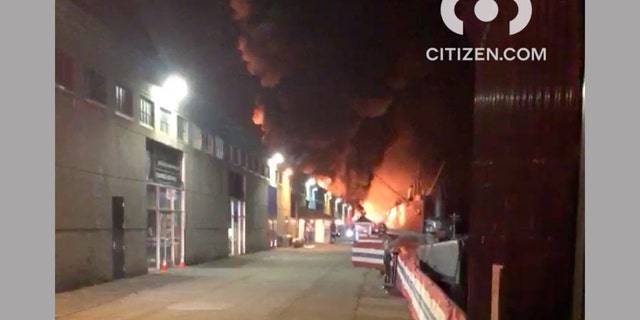 The fire was reported at about 4:30 a.m. at Pier 45 near Fisherman's Wharf

Videos from the scene showed the enormous fire near the waterfront, smoke billowing from the flames. Baxter said during a later press conference that officials have "aggressively and repeatedly been checking for footage, witnesses or indications that would verify" no one was in the building. Officials also reported that multiple walls of the original building have collapsed.

No injuries were reported and the cause of the blaze is now under investigation.

Officials haven't determined the cause of the fire but are investigating.

"We do have concerns this is a congregation area for the homeless and we do have reports that the homeless do on occasion go into that structure to sleep", Baxter said.