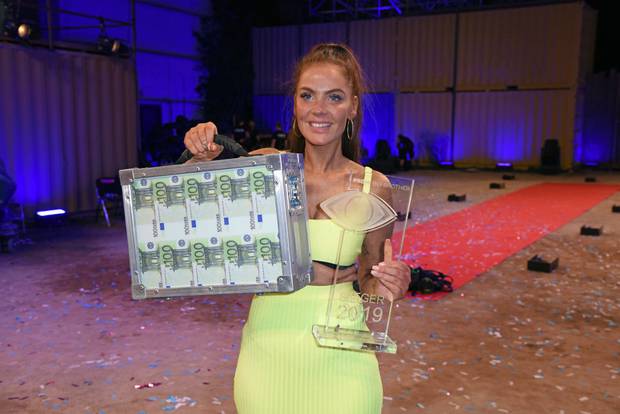 The cast of Big Brother Germany don't know about the coronavirus pandemic yet.

Big Brother Germany contestants have been living in a house Cologne isolated from the outside world since February 6. They will be given the opportunity to ask questions about the state of the nation, as well as receive video messages from their relatives. Four new residents joined the show March 9, but were explicitly told not to talk about coronavirus.

After the presentation, the overwhelmed contestants asked about the death rate - which is now around 20 in Germany - and the risk to their loved ones. Despite the large number of those testing positive to the virus, the country has only recorded 26 deaths, meaning the death rate for the country is at 0.26 per cent, compared to rates of 3.7 per cent in the United Kingdom and 7.9 per cent in Italy.

The broadcaster defended its initial decision not to tell the contestants about the worsening outbreak, saying the show's rules didn't allow for outside news to filter through. Apparently, none of the houseguests on the German version of Big Brother (referred to in Germany as Promi Big Brother) are aware of what's going on and they won't be told until a TV special airing Tuesday.

The producers of the German rendition of the reality television show were receiving a massive amount of backlash from fans of the show for not informing the cast of the pandemic.

Monday's live episode of "Big Brother" achieved a 6.5% market share, up slightly from the previous week's instalment, according to media news site Quotenmeter. In response, Sat.1 chose to break protocol and inform contestants of the news.

Normally, Big Brother contestants don't get given news updates about what's happening on the outside world until the very end of the series.

Most of the contestants on the Israeli edition, one of four global versions of the show now being filmed, have been housed in a villa "somewhere in the mountains of Jerusalem", according to Ynet, since the start of this season on January 1. However, producers opted to tell the final three contestants about the national tragedy.

Coronavirus Does Not Spread From Pregnant Mothers To Newborns
The novel coronavirus may not transmit from pregnant mothers to newborn babies at birth, according to a study published on Monday. The authors said further investigations into other aspects of potential COVID-19 infection in newborns and children are needed.

FDA Issues Emergency Authorization to Two More COVID-19 Diagnostic Tests
We laboratory directors were on the spot to develop tests, and most were unprepared to say the least. Food and Drug Administration (FDA) announced an "unprecedented" move on Monday.

House sends amended coronavirus relief bill to Senate
The government would reimburse businesses, but business advocacy groups say the plan isn't workable for many small firms. The Joint Committee on Taxation pegged the estimated cost of the package at $105 billion.