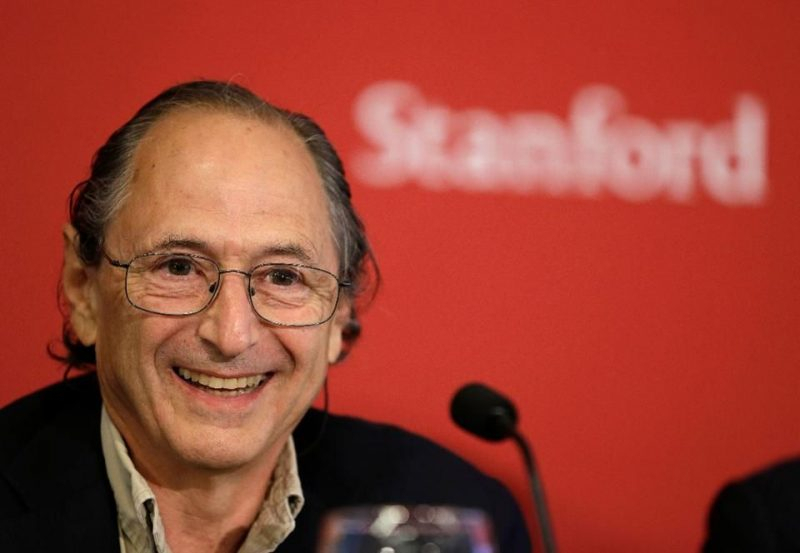 Michael Levitt, an American-British-Israeli biophysicist who received the 2013 Nobel Prize in chemistry for developing complex models of chemical systems, has an optimistic take on the coronavirus (Covid-19) pandemic. The key, he says, is to control panic.

This goes against the dire predictions of many epidemiologists that there will be millions of deaths around the world, and the coronavirus pandemic will remain for months or even years, including British epidemiologist Dr. Neil M. Ferguson that the United States will see 2.2 million deaths, as per the New York Times. Like a vehicle, although speeding up, did not accelerate as before.

"This suggests that the rate of increase in a number of the deaths will slow down even more over the next week", Levitt predicted on February 1, which was widely shared around Chinese social media. As predicted, the number of deaths began decreasing every day.

Three weeks after this, Levitt told China Daily News that the rate of growth of virus had peaked.

Levitt reviewed data from 78 countries that reported more than 50 new confirmed cases of the virus per day and said he notices deceleration in many of these countries. As of Tuesday, China has reported 3,277 deaths with 81,171 positive cases.

From the data he analyzed, Levitt is seeing "signs of recovery" after checking the number of new cases per day instead of the cumulative cases, as well as the percentage of growth each day.

Nobel Laureate Michael Levitt poses for a photograph. He has been focusing on the number of new cases identified every day rather than the total number of cases in a country. He said, despite the spread of coronavirus peaking in China, the country has been witnessing fewer newly diagnosed patients since March 16.

"Numbers are still noisy but there are clear signs of slowed growth", he was quoted as saying. Even in the case of the virus-affected cruise ship Diamond Princess, the infection rate did not top 20%. This means that the outbreak might be winding down. Other countries are bound to face the same problem as well.

The laureate had already started studying the number of coronavirus cases around the world back in January this year. "The goal is not to reach the situation the cruise ship experienced". Out of 3,711 people on board, 712 were infected and eight died. Getting vaccinated against the flu is important, too, because a coronavirus outbreak that strikes in the middle of a flu epidemic is much more likely to overwhelm hospitals and increases the odds that the coronavirus goes undetected.

The Nobel laureate also blamed the media for fanning out panic.

He fears the public health measures that have shut down large swaths of the economy could cause their own health catastrophe, as lost jobs lead to poverty and hopelessness.

Ian Lipkin, Medical Consultant on 'Contagion,' Tests Positive for Coronavirus
He is said to have been instrumental in identifying the West Nile virus which was the cause of the encephalitis epidemic in NY in 1999.

First death in Tamil Nadu due to corona!
He said barring the transport of essential items, public and private transport including auto-rickshaws, and taxis would not be allowed to operate.