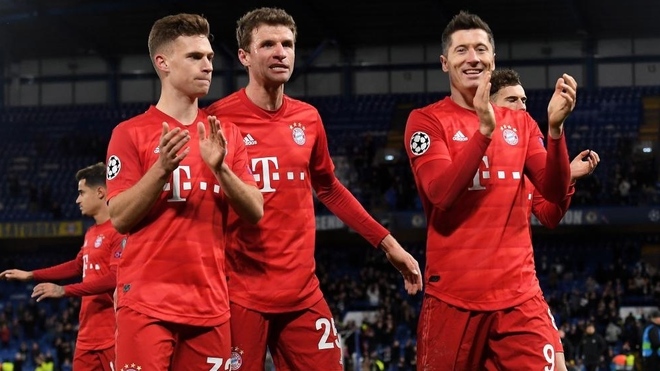 One was a 20 percent wage reduction for players if matches don't resume, whilst the alternative was a 10 percent reduction if the season is completed behind closed doors.

Bayern Munich and Germany captain Manuel Neuer has pointed out that modern day footballers form part of a privileged group within society which is why they should not hesitate to accept cutbacks to ease the pressure on others who are less fortunate - and especially now during the coronavirus crisis. "As a team, we want to help them and give them security with this gesture", the keeper continued.

The four Bundesliga sides that qualified for this season's Uefa Champions League have created a €20 million (US$21.8 million) solidarity fund to support clubs in German soccer's top flight and second-tier 2.

The German Football League (DFL) will decide how the money will be distributed.

"In these hard times, it's important that the stronger shoulders support the weaker shoulders", said Karl-Heinz Rummenigge, CEO of Bayern, on Thursday.

Borussia Dortmund and Bayer Leverkusen players are in talks over pay cut proposals with management. "And naturally we are prepared to help out other professional football clubs if it is ultimately a matter of cushioning the financial effects of the pandemic", Dortmund CEO Hans-Joachim Watzke said. "The DFL Presidium is very grateful to the four Champions League participants in terms of the community of all clubs".

The DFL suspended Germany's top 2 football leagues about two weeks ago due to the outbreak and spreading of the new coronavirus in the country.

"Leeds United can confirm that the players, coaching staff and senior management team have volunteered to take a wage deferral for the foreseeable future to ensure that all non-football staff at Elland Road and Thorp Arch (training ground) can be paid and the integrity of the business can be maintained during these uncertain times", Leeds said in a statement.

The Champions League game at the center of Italy's pandemic 03/26/2020
In the meantime, both the Bergamo team and Valencia are left wondering about the unforeseen effects of their match in February. At that point in the pandemic, Wuhan had already been on lockdown for weeks and there were confirmed cases as far as the U.S.

Face ID Could be Coming to Macs
If the Mac follows the design steps of the iPhone, the Face ID module can replace the Touch ID modules on the laptop's keyboard. The company seems to present notch the device computer, including the MacBook and desktop of the iMac.

Harry, Meghan make LA their home
However Meghan may be hit with a surname after she and Harry agreed to no longer use their royal titles in an official capacity. Disneynature's credits Markle as "Meghan, The Duchess of Sussex ", rather than including her previous royal title of "HRH".

Pedro confirms he'll be leaving Chelsea this summer
He stated: "I am really sorry for every little thing that is occurring and also the news that pertains to us from Spain". I belong to Chelsea . "I don't speak too much, but here is my only and last statement regarding this news".

Italian nurse with coronavirus kills herself amid fears of infecting others
The nurses' federation said Daniela became extremely anxious out of "fear of having infected others", Il Messaggero reports. More than 2,600 medical workers have now been infected in Italy - over eight per cent of the country's total cases.