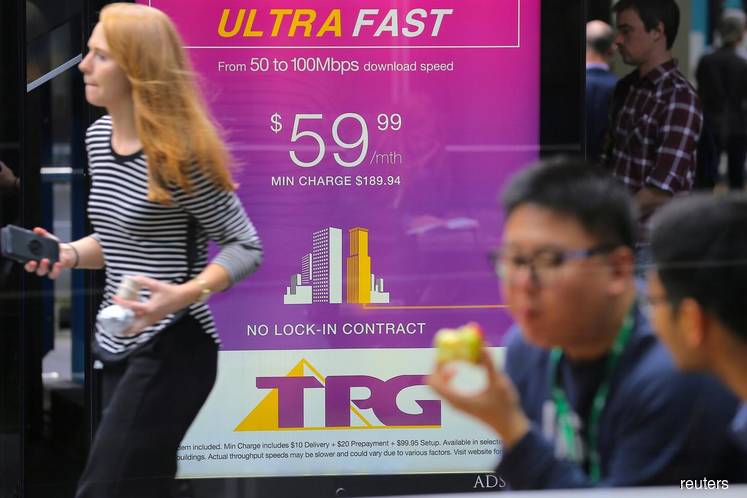 The Australian Competition and Consumer Commission had argued that as a standalone business, TPG might well invest in a new cellular network and the company was Australia's last chance to challenge incumbent giants Telstra Corp and Optus, owned by Singapore Telecommunications.

Shares in TPG surged as much as 20 per cent in Sydney following the ruling before trading up 13 per cent at 12:10 p.m. local time.

Justice Middleton said that in 2017 for a "moment" TPG and its founder David Teoh had once planned to roll out a network but accepted the company no longer had those plans.

Fresh after losing its Federal Court battle to prevent the merger, the competition watchdog has claimed the decision will now mean higher mobile network prices and the continued telco triopoly of Telstra, Optus and Vodafone.

At this stage it's unclear what direct impact this merger will have on consumers, but if the ACCC is to be believed, a more concentrated market would lead to higher costs for consumers for both mobile and broadband plans.

But TPG has long held that it can not afford to build a network, and no longer wants to, despite announcing plans before the merger that it planned to become a fourth player in mobile.

'It is the rational and businesslike solution for TPG and Vodafone to merge and be a stronger competitive force against Optus and Telstra, ' Justice Middleton said.

The ruling is a blow to the ACCC which has had decisions to block some of the country's biggest M&A deals of recent years overturned by courts, including the TPG-Vodafone deal. However, its plans to build its own mobile network were abandoned after the Australian government banned working with Huawei.

However, a merger between the two "would not substantially lessen competition", Federal Court judge John Middleton said in a televised ruling.

This would increase competition and place further downward pressure on prices for consumers, in the eyes of the ACCC.

"Australian consumers have lost a once-in-a-generation opportunity for stronger competition and cheaper mobile telecommunications services with this merger now allowed to proceed", ACCC Chairman Rod Sims said in a statement.

Many in the industry said the merger should have never been blocked by the ACCC to begin with. He added that the merger should be completed by mid-2020, subject to remaining regulatory and shareholder approvals.

Sims said, "We will continue to oppose mergers that we believe will substantially lessen competition because it's our job to protect competition and, in doing so, ensure that Australian consumers enjoy the benefits of competition".

"The more quickly the merger can proceed, the faster we can deliver better competitive outcomes for Australian consumers and businesses", he said in a statement.