Iraqi PM concedes 'mistakes made' as protesters pushed back in Baghdad 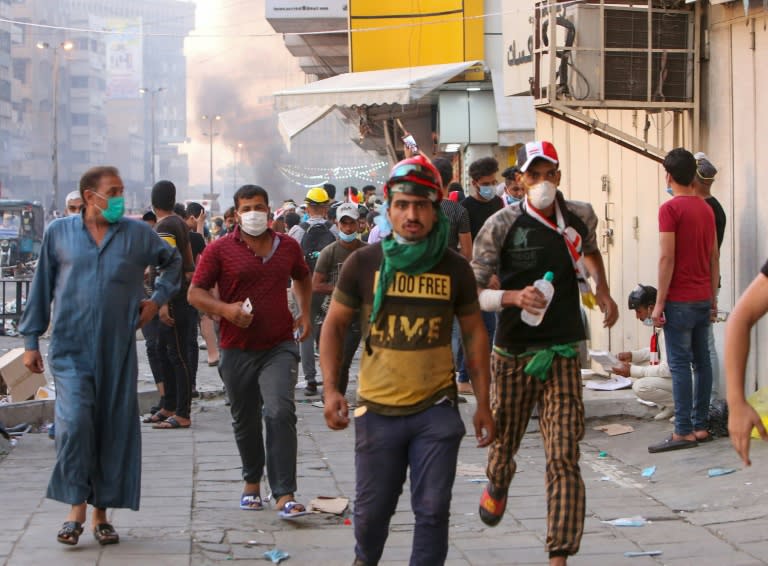 A total of 23 protesters and security forces members have been killed and more than 1,077 injured amid ongoing demonstrations in Baghdad and southern provinces of Iraq from November 3 to 7, the Iraqi High Commission for Human Rights said Friday, Trendreports citingXinhua.

In Basra, four people were killed on Thursday and two on Friday as security forces dispersed protesters.

The government promised reforms aimed at ending the crisis.

They have rejected government proposals for limited economic reforms, and instead called on the country's political leadership to resign, including Prime Minister Adel Abdul-Mahdi.

More than 280 people have been killed since the protests over unemployment, poor services and endemic corruption began in Baghdad on October 1 and quickly spread to southern provinces.

Iraq fought a war with neighbouring Iran in the 1980s, was invaded by US-led forces in 2003 and waged a brutal battle against the militant Islamic State group that ended in late 2017.

But the government has been unable to find an answer to the current round of unrest which pits the entire political class against mostly unemployed youth who have seen no improvement in their lives even in peacetime.

Protesters are now on the back foot but still occupy part of the al-Jumhuriya bridge which leads to the Green Zone, where parliament and the British and USA embassies are located.

"Police have re-taken nearly the entire area up ahead of us.

They're advancing and my guess is tonight they'll try to take Tahrir", said one protester, who gave his name only as Abdullah.

Saturday's confrontations at Sinak bridge pushed the demonstrators back to the nearby Khilani square where clashes wounded 35 people.

At a nearby makeshift clinic, volunteer medic Manar Hamad said she had helped treat dozens of wounded on Saturday alone.

The sound of tear gas canisters and stun grenades reverberated around central Baghdad nightly over the past week. "People have died that way", she said as live gunfire rang out and ambulance sirens wailed.

Police and medics said four people were killed and almost 100 wounded in Baghdad on Saturday.

The top religious leader in Iraq, Sistani has long warned against using force against the protesters, and now says it is time to just meet the demands of the protesters immediately.

"Political forces and parties are important institutions in any democratic system, and they have made great sacrifices, but they have also made many mistakes", Abdul Mahdi said in a statement.

Grand Ayatollah Ali Al Sistani, who only speaks on politics in times of crisis and wields enormous influence over public opinion in Shiite-majority Iraq, held security forces accountable for any violent escalation and urged the government to respond as quickly as possible to demonstrators' demands. For a week, protesters have cut access to Basra's Umm Qasr port, which brings in most of Iraq's food and medical imports.

Lawmakers Call For Pause On Targetted Political Adverts
He's also been an advisor to Twitter and a columnist for Wired, before recently returning to working at a startup in the Bay Area. Alphabet Inc's Google gets a tiny fraction of sales from campaign ads on Search, YouTube and across the web.