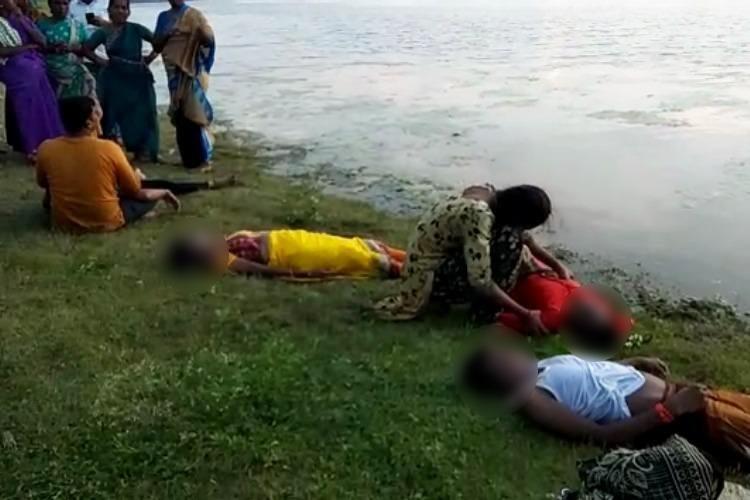 Four members of the same family drowned at a dam in India on October 6 after slipping into the water while trying to take a selfie.

The 20-year-old woman, identified as V. Nivedha, and her husband G. Perumalsamy, 24, were visiting relatives in Uthangarai in the state of Tamil Nadu over the weekend, The Hindu newspaper reported.

The surviving man, a 25-year-old named only as Prabhu by the Times of India and PTI, had been married to his wife, Niveditha, for just a month.

The couple were visiting relatives near Pambar dam in Tamil Nadu when they made a decision to take a picture holding hands while standing in waist-high water. The study looked at selfie deaths reported across the world.

The sister was pulled to safety by her brother but the other four disappeared under the water.

The US National Library of Medicine recorded 259 deaths in the country between 2011 and 2017, with Russian Federation and Pakistan in second and third place. They recommend "no selfie" areas in tourist zones, especially places with water bodies or mountain peaks, and at sites with tall buildings.

This tragic outing is the latest of a series of selfie-related incidents in the country. It was followed by Russian Federation, the USA and Pakistan.

It comes after three teenagers taking selfies on a railway track died in Haryana state in May.

In 2017, the state of Karnataka launched a campaign to warn that "selfies can kill" after four students died in two incidents linked to selfies.

The mean age of the victims was 22.9 years old with about half the total selfie deaths occurring among the 20 to 29-year-old age group.

A study past year by researchers from the All Indian Institute of Medical Sciences said 259 people across the world had died while taking selfies between 2011 and 2017.

A base jumper takes a selfie over a city in this undated photograph.