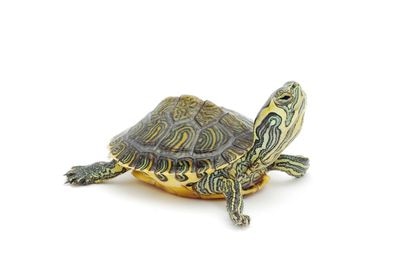 Officials are warning of a salmonella outbreak, linked to pet turtles.

The health department says there is a multi-state outbreak of salmonella with 21 people being infected across 13 states.

At least seven people have been hospitalized as a result of the Salmonella Oranienburg outbreak, though no deaths have been reported to date.

Epidemiologic and traceback investigations point to contact with pet turtles as the likely source of the outbreak. Specifically, the red-eared slider turtle was implicated along with other turtles that were larger than 4 inches in length.

Twenty-one cases of human Salmonella Oranienburg infections have been reported in 13 states between May 29, 2019, and September 3, 2019. The ages of those infected range from less than one year to 80, with a median age of 24.

Turtle droppings are often a source of salmonella bacteria, according to the CDC, which notes these germs can spread to other areas within the turtle's water tank or habitat.

In addition, people who are interacting with a turtle should avoid touching their face and mouth; they should also wash their hands with soapy water once they're finished.

Symptoms include diarrhea, fever and stomach cramps that develop 12 to 72 hours after exposure. The illness usually lasts four to seven days, and most people recover without needing treatment, according to the CDC.

In some people, the illness may be so severe that the patient needs to be hospitalized. Salmonella infection may spread from the intestines to the bloodstream and then to other places in the body.

Salmonella infection can be serious and life-threatening, especially for children younger than 5, the elderly and those with weakened immune systems.

Any turtle can carry diseases, and if you do come in contact with a turtle, or any reptile for that matter, you should make a habit of washing your hands afterwards. The CDC also advised against kissing or snuggling turtles and letting turtles roam freely where food is prepared or stored, such as kitchens.

Avoid cleaning habitats, toys, and pet supplies in the kitchen or any location where food is prepared, served, or stored.

Whole genome sequencing analysis did not identify antibiotic resistance in bacterial isolates from ill individuals. Previous Salmonella outbreaks have been linked to turtles with a shell length of less than four inches.

California had the most reported cases at six, according to the CDC.

They're illegal to sell in the US anyway. Pet owners should always follow steps to stay healthy around their pet.

Discovery of 20 new moons gives Saturn a solar system record
These baby moons could well even contain attain from greater guardian moons that broke apart appropriate after Saturn fashioned. The 17 new retrograde moons, or the moons that orbit the opposite direction of Saturn's rotation, joined the Norse group.