Sri Lanka fined for slow over rate against Black Caps 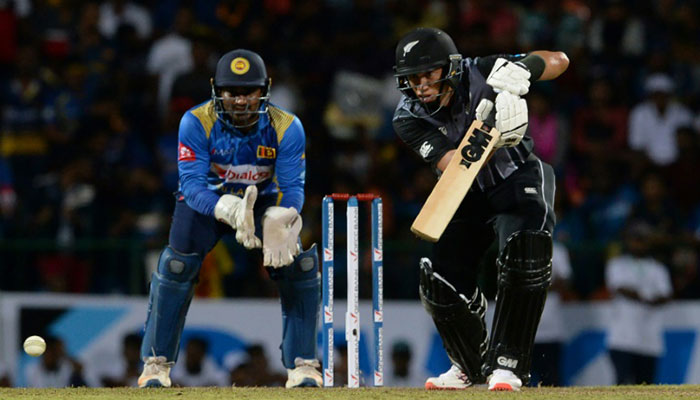 Sri Lanka has been fined for maintaining a slow over rate in the first Twenty20 global against New Zealand.

Black Caps have beaten Sri Lanka by five wickets in the opening T20 global in Pallekelle.

Daryl Mitchell, who made 25 off 19 deliveries, and Mitchell Santner, scoring 14, then put on an unbeaten 31-run stand to steer the Black Caps home.

Opting to bat first after winning the toss, Sri Lanka rode on a 53-ball 79 by Kusal Mendis to reach a competitive 174-4 in their 20 overs.

Sri Lanka's innings was given a late spurt by the two big hitters in the side Dasun Shanaka and Isuru Udana's last over heroics that saw 15 runs being scored off the last three balls to see them to their final total which in the circumstances they should have defended quite successfully if not for the mistakes made on the field. Mendis and Dickwella ended up having a partnership of 63 runs.

He needs 1 more wicket to make it 100, will he do that in this tournament?

Jay-Z & NFL Announce "Inspire Change" Apparel Line, Twitter Reacts
Next week's performance is an early sign of how the NFL's partnership with Jay-Z, forged over months of discussions, may work. It was also announced that Inspire Change will sell apparel later this year.

Poland marks 80th anniversary of WWII
A parliamentary commission is now working on a new analysis of the extent of Poland´s wartime human and material losses. Timmermans spoke of how "we Europeans could honour the memory of those who fell for our freedom here".

Fury and fire on Hong Kong streets
Protesters are demanding the full, formal withdrawal of the bill, as well as four other measures. A protester throws a molotov cocktail towards a barrier in Hong Kong, Saturday, August 31.

Texas Laws Loosening Gun Restrictions Go Into Affect One Day After Shootings
A gunman near Odessa, Texas, killed seven and wounded 21 more after fleeing a traffic stop on Saturday. Schools will also be able to increase the number of armed marshals at public and private schools.