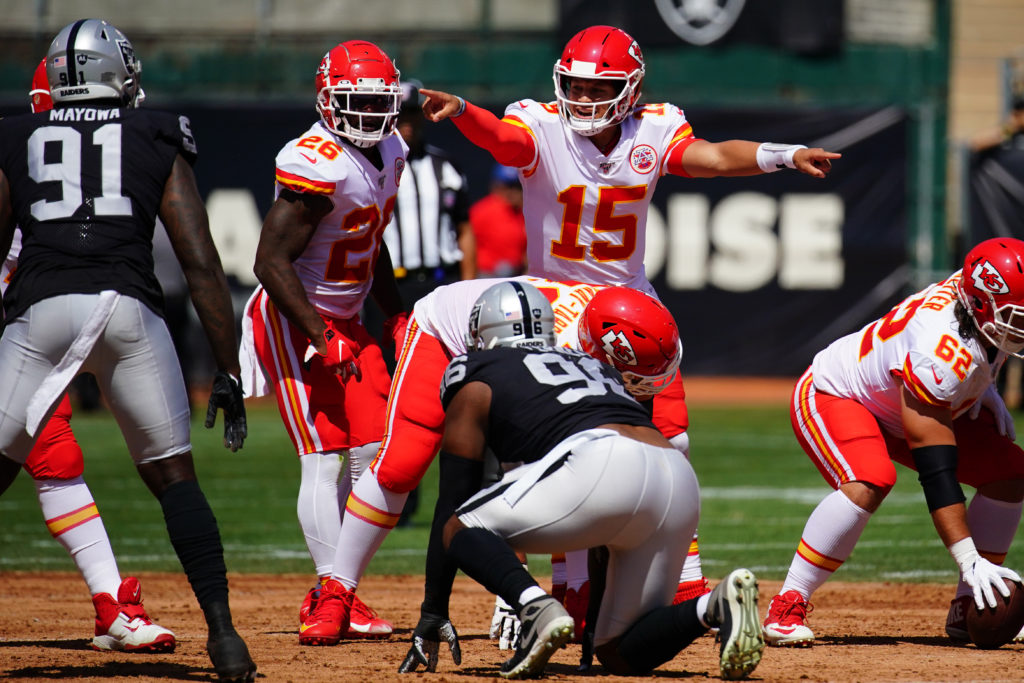 The Kansas City Chiefs and the Oakland Raiders - one of the NFL's oldest rivalries.

While they had a rough performance against Kansas City, the Chiefs can do that to most teams. Some of those best moments were captured by photographers.

"Here were Patrick Mahomes' final five completions of the first half against the Raiders: 42-yard TD to Mecole Hardman, 32 yards to Damien Williams, 43 yards to Demarcus Robinson, a 27-yard TD to Travis Kelce and a 39-yard TD to Robinson".

Mahomes spoke about that remarkable second quarter, but also believes the offense weren't as efficient as they normally are. Then the midnight bell rang as the first quarter ended and Mahomes torched the Raiders defense for 278 yards and four touchdowns in the second quarter. We had a great quarter. In the end, that's all the Chiefs needed; with the game finishing with a score of 28-10.

The Raiders had broken out to a 10-0 lead with a field goal on the opening drive and a 4-yard TD pass to Tyrell Williams later in the first quarter. LG Richie Incognito returned to the team after a two-game suspension for violating the league's personal conduct policy. He had 12 carries for 99 yards, tied for the seventh most in a game for a Raiders rookie.

The Raiders had allowed multiple TD drives of at least 90 yards in a game just twice in the previous 20 years, doing it in last year's season finale against Kansas City and against Miami in the final game before coach Dennis Allen was sacked in 2014. Unfortunately, Jacobs left the game in the fourth quarter when Jon Gruden saw the game was well out of hand.

This was a frustrating game to watch, especially following the excitement from the Monday night home opener a week ago.

Raiders: begin a long stretch away from home at Minnesota on September 22.

The Raiders now embark on a long road trip that won't have them returning to Oakland for a game until November.