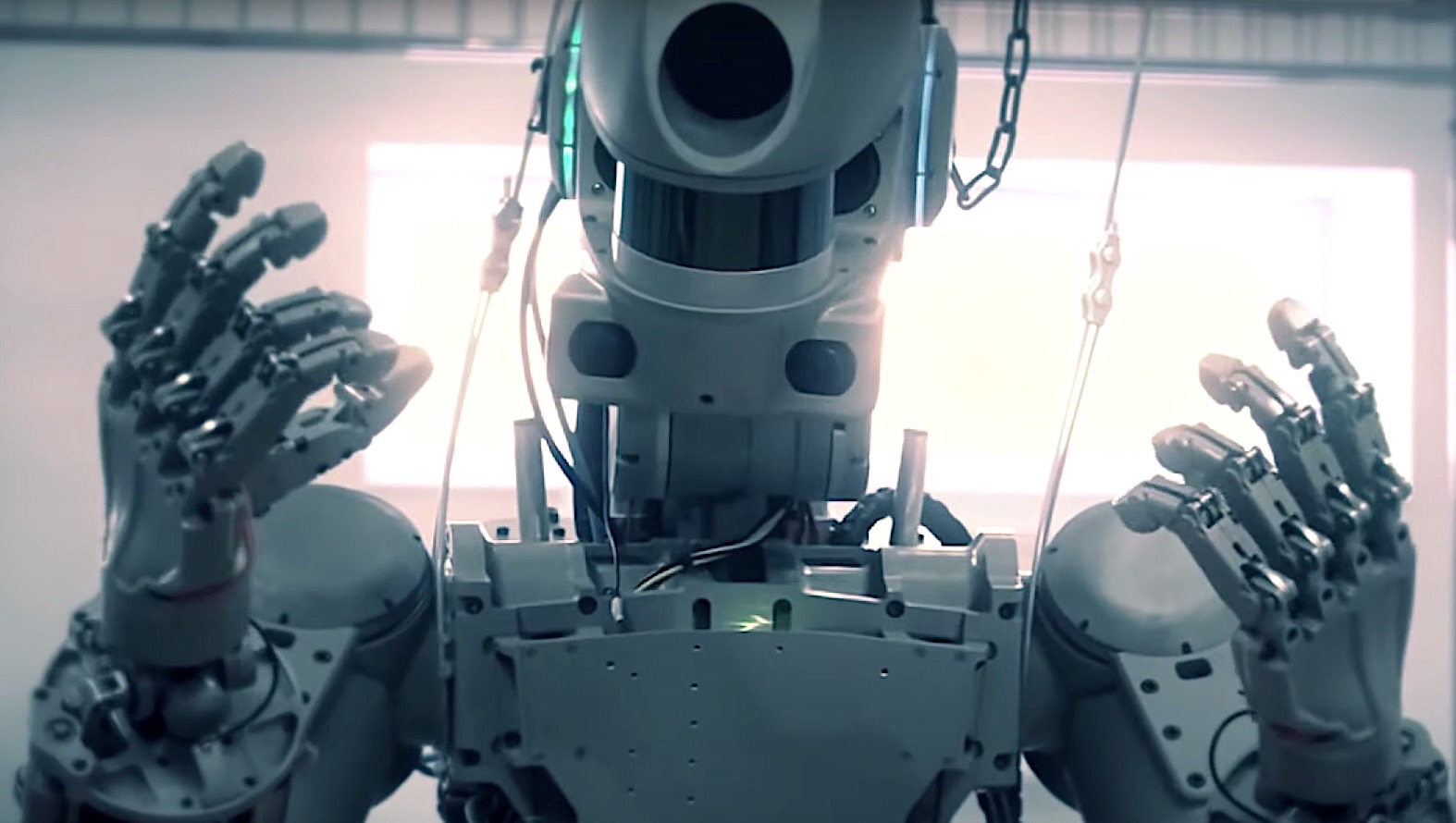 Russian Federation has sent a humanoid robot to the International Space Station as part of tests on a new rocket that is expected to replace the current vehicle.

Fedor is an anthropomorphic Skybot F-850 robot, which will test the new system and ensure the flight is safe for human astronauts.

The new Russian rocket, that is expected to replace the current model sending manned missions into space, blasted off from Kazakhstan on Thursday, carrying a Soyuz capsule with a humanoid robot. The Soyuz MS-14 spacecraft launched from the Baikonur Cosmodrome on 22 August at 6:38 Moscow time and will return to Earth in 17 days.

Chief of Russia's State Space Corporation Roscosmos Dmitry Rogozin congratulated the android robot on his Tweeter page "with the successful start of work". The Soyuz is set to dock with the space station on Saturday and stay till September 7.

Known as FEDOR, which stands for Final Experimental Demonstration Object Research, the Skybot F-850 is the first humanoid robot to be sent to space by Russian Federation.

"That is connecting and disconnecting electric cables, the affirm of long-established objects from a screwdriver and a spanner to a fire extinguisher", the Russian deliver agency's director for likely programmes and science, Alexander Bloshenko, said in televised feedback earlier than the launch.

Fedor is also considered as potentially useful on Earth for working in high radiation environments, de-mining and hard rescue missions.

After the docking of the Soyuz with the ISS, it will be transferred from the ship to the Russian segment of the station, where several tasks will be performed under the control of Russian cosmonaut Alexander Skvortsov.

In 2011, NASA sent up Robonaut 2, a humanoid robotic developed with Well-liked Motors and a an identical aim of working in excessive-menace environments.

It was flown back to Earth in 2018 after experiencing technical problems.