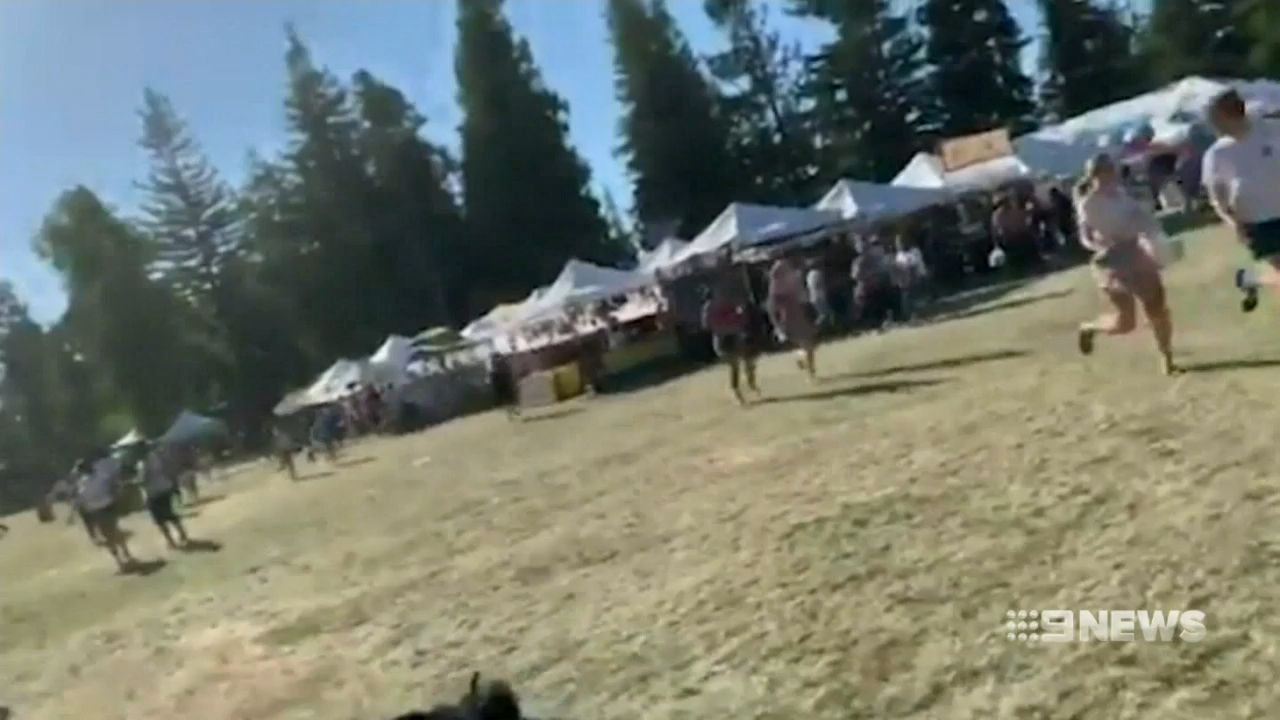 Police vehicles are seen on Saturday near the Al-Noor Islamic Centre mosque where a gunman, armed with multiple weapons, went on a shooting spree in the town of Baerum, a suburb of Oslo.

The head of the Al-Noor mosque said only three people had been inside at the time of the attack.

"There is no doubt that the swift and firm response from the persons inside the mosque stopped the aggressor and prevented further consequences", Skjold said. He was said to be "from the area" where the mosque attack took place, in the town of Baerum.

Norwegian Prime Minister Erna Solberg said Sunday that while her government was trying to combat hate speech, more must be done.

"It was an attack on religious freedom", she wrote on Facebook.

When the suspect appeared at Oslo district court on Monday, prosecutors sought a four-week extension to his custody with a ban on prison visits and no access to media coverage.

A court is expected to rule later today on a police request to detain the 21-year-old for the next several weeks.

Hours after the attack, the body of a young woman was found in a home in Baerum and police on Sunday confirmed it was the suspect's 17-year-old stepsister. As Rafiq was holding him down, the shooter poked him in the eye. "I suddenly heard shooting from outside", Rafiq told the reporters. "He started to fire towards the two other men".

Skjold said the alleged gunman was prepared to cause deaths and more injuries at the Al-Noor Islamic Center and didn't succeed because of the "great courage" of people inside the mosque.

He was overpowered by an elderly woman, police said, after he injured one person. Several shots were fired but no-one was seriously hurt in the mosque.

Police said the suspect was waving weapons while inside the mosque but did not specify what type.

Ali said the mosque had recently been outfitted with extra security measures, including a front door that can only be opened with a code. But it was unclear if those measures had helped to interrupt the attack.

The shooting is being treated as an "attempted act of terror" by Norwegian police, with the suspect appearing to harbour far-right, anti-immigrant views.

The mosque attack Saturday came amid a polarizing debate in the country about immigration and Islam and prompted authorities to order police officers to guard mosques in the city.

"I can confirm" he rejects the allegations, his lawyer Unni Fries told AFP.

In a statement on Sunday, Oslo police said "the aggressor refused to give any statement to the police this night, but new questionings will be carried out".

In 2011, anti-Muslim neo-Nazi Anders Behring Breivik massacred 77 people in Norway's worst peacetime atrocity, the majority of them teenagers at a youth camp.

Major breakthrough in clinical trials of anti-EBOLA drugs
Health workers wearing protective gear check on a patient isolated in a plastic cube at an Ebola treatment centre in Beni, Congo. After the results are finalized, an Expanded Access Phase will be initiated using the lead therapeutic from the trial.

Iraq warns against Israeli regime’s presence in PG
All the US' allies except for the United Kingdom have so far refused to join the coalition. Al-Hakim stressed Israel's participation in such a mission was unacceptable.

Hobbs & Shaw repeats at No. 1, pursued by slew of box-office newcomers
Hobbs & Shaw director David Leitch says he's committed to ensuring that there's representation on any film he's helming. Even though some movies had a great weekend at the box office for the first time, this wasn't the case for all movies.

That Jack Black/Jack White collaboration is officially happening!
Tenacious D have unveiled a new documentary that delves into the most crucial meeting of musical minds in recent memory. Black couldn't film the visit, but he let fans know that the collab was was a "legendary".