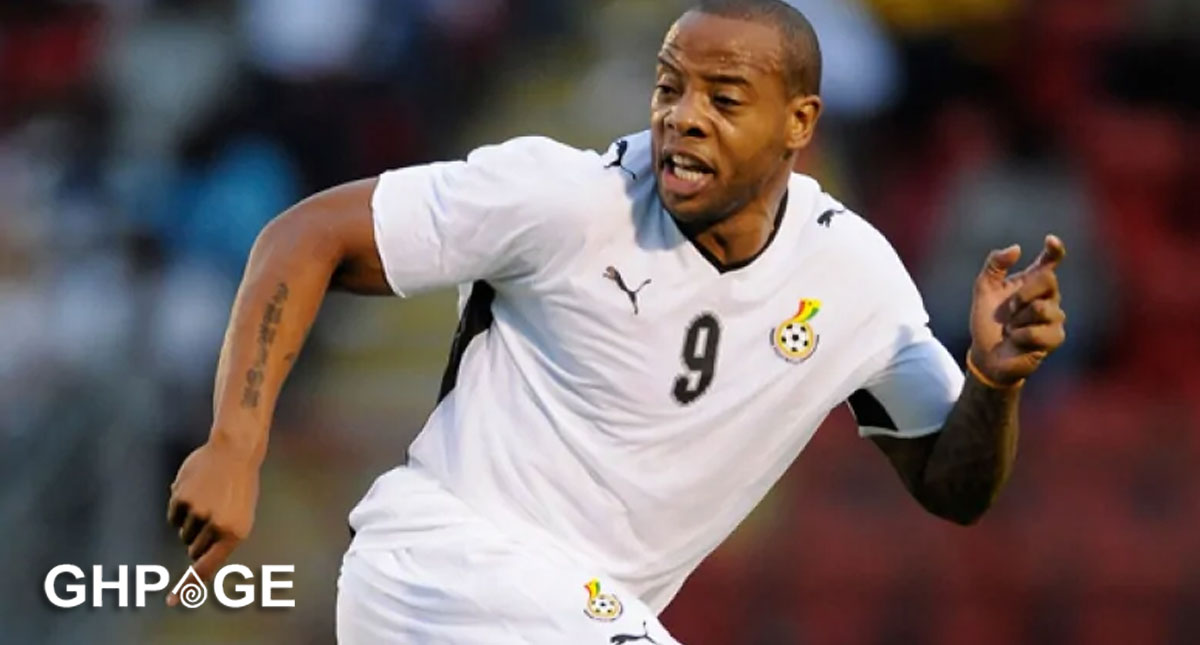 Former Nottingham Forest and Ghana striker Junior Agogo has died at the age of 40.

Agogo passed away on Thursday morning in London, prompting condolances and tributes from former team-mates and clubs.

The football fraternity would forever remember him for his enormous contribution to Ghanaian football.

The cause of Agogo's death is now unknown, but he was known to have had a stroke in 2015, just three years after hanging up his boots following a season-long stint with Scottish side Hibernian.

"Sheffield Wednesday are saddened to learn of the passing of our former player Junior Agogo", the Owls wrote. The stroke led to him suffering also from Aphasia, which severely affects a person's ability to use language. Aphasia is due to injury to the brain, especially from a stroke. It is associated with difficulty to retrieve names of objects and inability to put together sentences.

Agogo played for Bristol Rovers between 2003 to 2006, before moving to Nottingham Forest.

He left the club in 2008 joining Egyptian side, Zamalek.

He scored 12 times in 27 appearances for the Black Stars, producing a star turn at the African Cup of Nations tournament in 2008 which Ghana hosted, where he bagged three goals as Ghana reached the semifinals.

However, it is his exploits with the senior national team, the Black Stars that he will be remembered for by most Ghanaians.

Huawei's HarmonyOS-powered smartphone isn't coming this year
Richard Yu, CEO of Huawei's Consumer Business Group, had earlier explained the company's thoughts behind developing this new OS. The company has made claims of shipping its OS to almost 225 million devices by the end of this year.

CDC investigates lung illnesses linked to e-cigarette use
In Colorado, Georgia and Kansas, health officials have tried to look for cases by analyzing data from emergency departments. On Saturday, the CDC called upon clinicians to help collect information about apparent, vaping-related lung conditions.