Court: US can reject asylum along parts of Mexico border 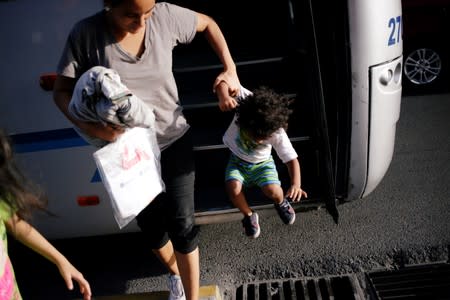 About 30,000 migrants have been sent back to northern Mexican border cities to await US asylum hearings under a policy known as "Remain in Mexico" under which they have to wait for hearings months away.

The Trump administration's restrictions seek to deny asylum claims and immediately deport people who had passed through a third country en route to the US, unless that person had already sought asylum in that other country.

The Ninth Circuit Court of Appeals said in a ruling that it denied the government's broader request to reverse a previous decision blocking the policy, but granted it for parts of the southern border outside of the court's jurisdiction. A spokesman for the Department of Justice did not respond to requests for comment about the ruling by the appeals court.

The 9th U.S. Circuit Court of Appeals late Friday rejected a request from more than 20 states, Planned Parenthood and the American Medical Association to block the rules from taking effect while the case proceeds.

It is unclear how the migrants will be able to return to the border for their hearings. Tens of thousands of others are waiting in shelters and camps to present themselves to border agents at official ports of entry that have limited how many asylum seekers they will process daily.

Mexico's asylum system is itself overwhelmed, and there are widespread reports of migrants being subjected to attacks and extortion.

Tigar had ruled the policy could expose migrants to violence and abuse, deny their rights under worldwide law and return them to countries they were fleeing.

However, the appeals court ruled Friday that the decision didn't provide enough evidence to conclude that a nationwide order was necessary. Judge Milan Smith, a appointee of George W. Bush, and Judge Mark Bennett, an appointee of Trump, both ruled to limit the injunction to only the 9th Circuit. Judge A. Wallace Tashima dissented. Tashima was nominated by former President Bill Clinton. "We will continue fighting to end the ban entirely", said Gelernt.

Richard Williams Dies: Animator For ‘Who Framed Roger Rabbit’ Was 86
Williams remained busy through the years; his 2015 short film " Prologue " was nominated for Best Animated Short at the Oscars. It can not be overstated to say how revolutionary Who Framed Roger Rabbit? was for audiences at it's debut in 1988.