Report shows the Earth is changing at 'unprecedented' rate 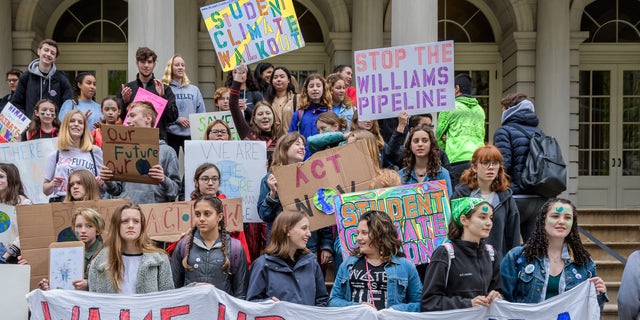 Blaming habitat loss, climate change, and pollution (all stemming from or exacerbated by human consumption of natural resources), the report finds that the global rate of extinction is "higher than it has been, on average, over the last 10 million years" - by an exponential scale.

The bombshell executive summary of a 1,800-page tome crafted by more than 400 experts - the first United Nations global assessment of the natural world in 15 years - will be unveiled Monday.

In the decades ahead, human activity might bring about the extinction of tens of thousands of animal and marine species, which would threaten human life as well, states the Intergovernmental Science-Policy Platform on Biodiversity and Ecosystem Services (IPBES).

The report lists major contributing factors to global changes in nature, including humans' use of land and sea, climate change, pollution and invasive species.

Armed conflicts also negatively affect the ecosystem and have indirect impacts such as displacement of people.

The Global Assessment notes that the eight-fold increase in global trade and the six-fold increase in the global economy over the past 30 years has doubled the demand for living materials from nature.

NATURE-BASED SOLUTIONS: Many of the most promising responses to climate change, such as protecting and restoring forests and wetlands, sustainable agriculture and respecting indigenous knowledge, also protect biodiversity and human wellbeing.

Only a wide-ranging transformation of the global economic and financial system could pull ecosystems that are vital to the future of human communities worldwide back from the brink of collapse, concluded the report, which was endorsed by 130 countries, including the United States, Russia and China.

"We are now in the midst of preparing for the 2020 UN Biodiversity Conference, in China, which will mark the close of the Aichi Biodiversity Targets and set the course for a post 2020 ecologically focused sustainable development pathway to deliver multiple benefits for people, the planet and our global economy", said Cristiana Paşca Palmer, executive secretary of the Convention on Biological Diversity (CBD).

"Biodiversity and nature's contributions to people are our common heritage and humanity's most important life-supporting "safety net". That includes more than 40 percent of amphibian species, nearly 33 percent of corals and more than a third of all marine mammals. More than 40% of the world's amphibian species, more than one-third of the marine mammals and almost one-third of sharks and fish are threatened with extinction. But its authors say the assessment is the most accurate and comprehensive review yet of the damage people are inflicting on the planet.

LIMITED WARNING: Many of the policies that scientists hope could limit temperature rises to 1.5 degrees would also deliver the greatest chance of preserving the most biodiversity possible.

More than a third of the world's land and 75% of freshwater supplies are used for crop or livestock production, it noted.

VANISHING POLLINATORS: 75 percent of global food crop types rely on animal pollination, yet the loss of pollinators caused by intensive farming is putting $235-577 billion worth of annual global crop output at risk.

Three-quarters of the planet's land-based environment and about two-thirds of the marine environment have been significantly altered by human actions. It focused on the state of nature, ecosystems and the ways human civilizations interact with the natural world, as well as tracking progress on key global initiatives like the Paris Agreement on climate change, the Aichi Biodiversity Targets and the Sustainable Development Goals.

Farewell, Game of Thrones coffee cup
In this week's episode, Jon Snow's treatment of his beloved direwolf Ghost provoked the ire of a lot of Game of Thrones fans . In the episode, Ghost is supposed to be taken north by Tormund Giantsbane to live out his days peacefully among the free.

United States move to deter Iran also carries risk of confrontation
The United States is deploying additional military forces in the Middle East in response to a possible missile threat from Iran. Central Command" area of operations, adding, "We are not going to provide a specific timeline for that deployment".

USA president Donald Trump says billion dollar losses were 'for tax purposes'
Trump has repeatedly said he could not release his tax documents because he is under audit by the Internal Revenue Service (IRS). In response to the article, a lawyer for Trump concluded that the information was "demonstrably false".

Jack Wilshere rates Unai Emery’s first season at Arsenal
Our idea is to play the match thinking to win. "Hopefully we can enjoy Valencia being a finalist in the Europa League".