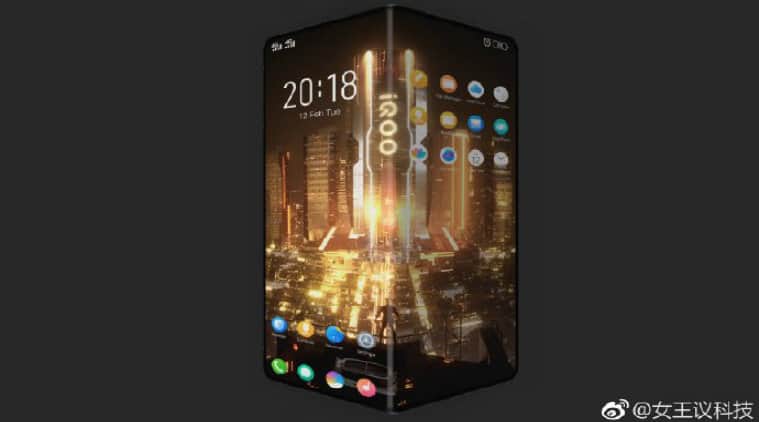 Mobile World Congress is next week, so we'll see if any news of the foldy Vivo appears then - we will of course be on the ground finding all the best phone stories for your reading pleasure. Notably, Samsung has also announced the release of its foldable smartphone on February 20 in San Francisco. We had heard from Xiaomi and Huawei prepping for their foldable modes, and now Vivo joins the race through its sub-brand iQOO. It's a subsidiary of Vivo, a Chinese smartphone maker you may already be aware of.

Based on the renders, the iQOO foldable phone might not have any ports and physical buttons at all, just like the Vivo APEX 2019, though it is probably still too early to tell.

Looking at the renders, it is easy to guess that this smartphone will come with an in-fold design. The upcoming foldable smartphone from Samsung is said to called Galaxy Winner. On the other hand, Vivo did launch phones with slide-out cameras previous year so that it could avoid the notch, and that could be the case here.

Recent developments seem to indicate that the industry is moving toward all-screen devices with a bendable display and zero holes. There's not much content on either of those two accounts at the moment, both accounts have posted a cityscape image, while IQOO's Weibo account also has a rap song on its channel, for whatever reason. However, what we do know is that IQOO will offer smartphones with futuristic features. If the leaked renders are true, the first smartphone from iQOO will be a foldable one. It's unclear whether the screenshot above (via MySmartPrice) comes from a foldable device or a regular smartphone.

Fyre Festival 2.0 In The Works Says Genius Businessman Ja Rule
It was incredible , but it wasn't what I dreamed it of being (sic) and what I envisioned of it being and what I wanted it to be. The creator of the festival, Billy McFarland , was ordered to spend six years in prison.