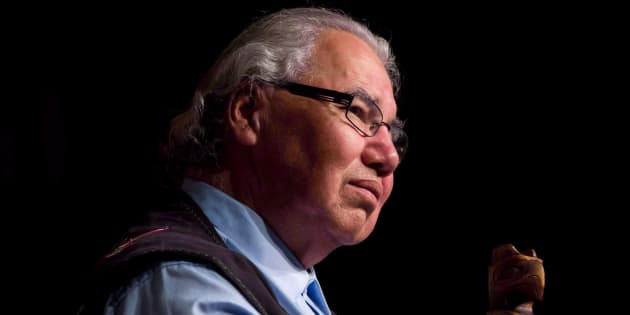 OTTAWA-Jody Wilson-Raybould would still be justice minister if it wasn't for the resignation of former Treasury Board president Scott Brison, Prime Minister Justin Trudeau said on February 15, downplaying suggestions she was moved for not giving into political arm-twisting. When she resigned from her post as Veterans Affairs Minister, she announced that she had hired Supreme Court justice Thomas Cromwell to advise her what topics she's legally able to discuss.

But shortly after, in an unusual move for a minister who has been shuffled, Wilson-Raybould released a letter outlining her accomplishments while holding the justice and attorney general portfolio.

"In terms of giving any direction she asked me if I would do that and I said no, absolutely not".

Trudeau originally denied the report and insisted he never directed Wilson-Raybould to intervene, stating, essentially, that there's nothing to see here.

The Prime Minister also reiterated his previous claims that he did not "direct" Wilson-Raybould to take any action in the SNC Lavalin case requesting a remediation agreement.

The Prime Minister also went on to mention that a "wide range of factors" were considered when determining the latest cabinet shuffle. Chief Justice Wagner, I can't afford to help my community In her column, Elsa Ascencio writes: "While I do agree with the chief justice that law societies should play a more active role in the access to justice issue; I do not agree that law societies should be promoting mandatory pro bono work among lawyers".

Having worked with First Nations people in several public land use processes over the past 25 years, I thought I knew something about First Nations history in B.C., but Wilson-Raybould gave us an entirely new and refreshing perspective in her speech.

"If Scott Brison had not stepped down from cabinet, Jody Wilson-Raybould would be Minister of Justice and attorney general", Trudeau told reporters in Kanata today, following an announcement that the federal government would be pledging $40 million to BlackBerry, for it to put toward its development of smart cars.

In January, Wilson-Raybould accepted the cabinet shuffle over to veterans affairs.

On Monday evening, she tendered her resignation.

During the political firestorm that followed the report, Wilson-Raybould refused to comment on the case, saying she was still bound by solicitor-client privilege.

Rather than upholding this promise and letting the truth come out - allowing Wilson-Raybould to speak publicly, initiating an investigation through a parliamentary committee and offering straight answers rather than rehearsed lines and an ever-evolving storyline - it seems the federal Liberals are back to their old ways. All Canadians (especially British Columbians) should be, and I believe this will prove to have been a colossal political blunder by the PM.