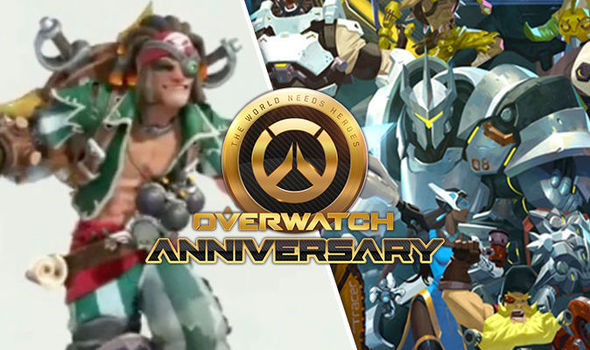 The Overwatch Archives event may be over but it looks like the upcoming Anniversary event is going to start this month.

The video above was posted and quickly removed, but not before it was captured by fans on Reddit. Just after Junkrat is seen in his Mad Scientist skin, he switches to the never before seen pirate skin.

Overwatch's second birthday party will begin on May 22 and will bring back skins and brawls from previous events, a leak from the Brazilian Overwatch Twitter account has revealed. Through last year's anniversary, maps, skins, and much more were added, all of which are summarized in the game's announcement from last year for the one-year anniversary.

However, it isn't yet known whether these items will be available to buy or if you'll have to be lucky with loot boxes.

Last year's anniversary event also gave users a free loot box for every day you logged in. Whether Blizzard will do something similar for this year remains to be seen but with the event's launch date, it shouldn't be long before we're given the full details.

Cannes: Salma Hayek says change has 'already happened'
Later on, he even denied allegations by N'yongo, who said Weinstein sexually harassed her in 2011 when she was still a student at Yale University.

Thousands participate in 2018 Susan G Komen Race for the Cure
Race events include a 5K Women's and Men's Wheelchair Race, a 5K Women's & Men's Combined Run, a 1K Walk and a 5K Walk. The first Komen Twin Cities race was held back in 1993 with 2,500 cancer survivors, friends and loved ones.