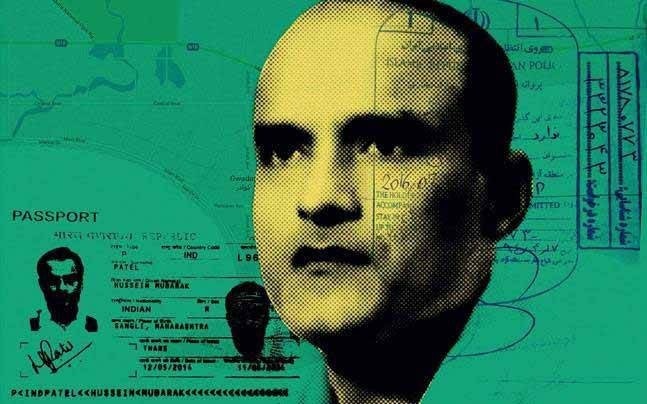 A day after they met Kulbhushan Jadhav in Pakistan, the Indian national's family members met Union minister Sushma Swaraj at her residence, before leaving for the external affairs ministry (MEA), likely for a complete debrief.

Jadhav's meeting with his family members was not any ordinary meeting as they were separated by a glass barrier. During the meet, Indian deputy high commissioner was also present with the family but he did not interact with Kulbhushan.

After the meeting, the Foreign Office spokesperson called Jadhav "the face of Indian terror" and said it would decide on consular access to him at an appropriate time.

Jadhav is on death row in Pakistan, convicted for "spying", a charge India vigorously refutes. Pakistan did not even fail to once remind the press about the confessional statement.

Islamabad tweeted the photos of the 45-minute meeting as part of fresh propaganda ahead of the hearing of India's appeal against his death sentence at the International Court of Justice in The Hague. Senior Congress leader Shashi Tharoor, commenting on Kulbhushan Jadhav's meeting with his family, said, "In one sense, it is a step forward because 22 months after they arrested this poor man, finally somebody is able to see him".

Steelers rout Texans to clinch playoff bye
The NFL's 16th-ranked rush offense ran for 176 on Monday while Yates was just seven of 16 for 83 and turned the ball over twice. The Texans will be hoping Deshaun Watson provides that next season while the Steelers are moving on to more immediate goals.

White Christmas on its way for Northeast, Midwest
Motorists in New England were in for tough sledding as a Christmas storm was expected to bring almost a foot of snow in places. Most of IN was under winter weather advisory with officials urging motorists to stay put unless they absolutely had to travel.

Rajinikanth begins six days meet with fans in Chennai
Amid speculation over his entry in politics, Tamil superstar Rajinikanth today said he will announce his stand on December 31. During his meeting with fans in May, Rajinikanth also had said, "Let us face the war when it comes".