Pakistani bride arrested for deaths of 15 from poisonous milk 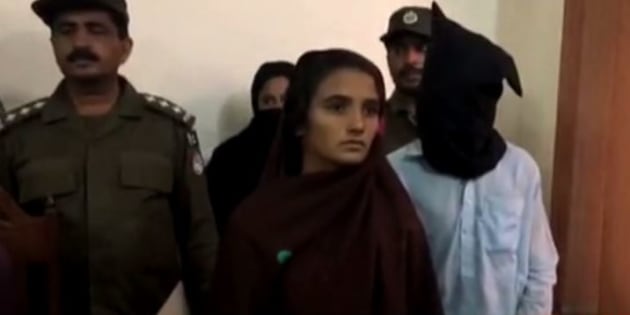 According to Pakistani authorities, the 21-year-old woman tried to slip poison into her new husband's milk and inadvertently killed 17 of his family members in the process.

The plot went like this: Bibi planned to poison a glass of milk with the intention of her husband drinking it, but unfortunately it didn't go to plan. His mother, Aasia's mother-in-law, used it to prepare Lassi, which is a traditional yoghurt.

According to reports, investigators allege Bibi had set out to poison her husband after being forced into an arranged marriage in September. She was not happy and came back to her parents house after a few days into marriage but her family forcibly sent her back to her in-laws' house.

It's reported that a staggering 27 people drank the poisoned Lassi, with 15 dying as a result of the toxic liquid Bibi had added to the milk.

Police have also arrested Bibi's alleged lover and his aunt, who they suspect are involved in the incident. The others were hospitalized. In February, the Pakistani parliament increased punishment for those violating the ban on child marriage-a practice estimated to affect one in five underaged girls in the country-and outlawed forced marriage involving women from minority groups.

Police told the BBC that Bibi has been charged with murder while her co-conspirators have been arrested and charged under anti-terror law. The deaths of at least 18 members - and counting - of the husband's family have been connected to the food. Local media reported of a similar case of a woman poisoning her husband with tainted milk in January.