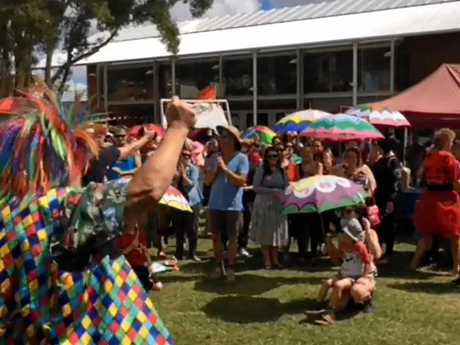 The results of the Australian survey for marriage equality have been tallied, with respondents voting overwhelmingly in support of same-sex marriage.

The voluntary poll is non-binding but Prime Minister Malcolm Turnbull immediately said he would fulfill a pledge to put a proposal to parliament to pass laws on marriage equality by the end of the year.

It was one way to get around the funding issue, as the survey was run by the Australian Bureau of Statistics, removing the need for parliamentary approval.

Nearly 80 percent of the Australian population participated in the voluntary postal survey, which asked, "Should the law be changed to allow same-sex couples to marry?"

But, several politicians have previously said they would vote against a change in the law regardless of public opinion.

Same-sex marriage has been banned in Australia since 2004 when the Howard government changed the Marriage Act to define marriage as between a man and a woman.

Liberal Senator Dean Smith has said he will introduce a bill to parliament this week to legalize same-sex marriage.

In a speech after the result Equality Campaign spokesman, Alex Greenwich, said: "Today love has had a landslide victory".

Australia had about 46,800 same-sex couples in 2016, a 39 percent increase since 2011, government figures show. Turnbull has vowed that the latter bill won't see the light of day, although some conservatives in the parliament have signaled that they will push for it, including the former prime minister and most prominent "no" camp leader, Tony Abbott.

Michael Bisping Opens as Underdog Against Kelvin Gastelum
And Bisping insists he wants to prove he is a better fighter than the one that lost to GSP at Madison Square Garden. I feel good, I'm in good shape, I've got no injuries, so why not? 'I was planning on my last fight being in March.

Largest diamond ever auctioned sold for record $34 mn in Geneva
The white, matchbox-size "Creation 1" diamond from Swiss jeweler de Grisogono weighs a whopping 163 carats. The necklace is made of 18 diamonds on one side and two rows of pear-shaped emeralds on the other.

Duke freshman Marvin Bagley III goes down with injury in first half
Bagley was originally slated to be part of the 2018 class, but reclassified much to the delight of Duke fans. He was poked in the right eye by teammate Javin DeLaurier .