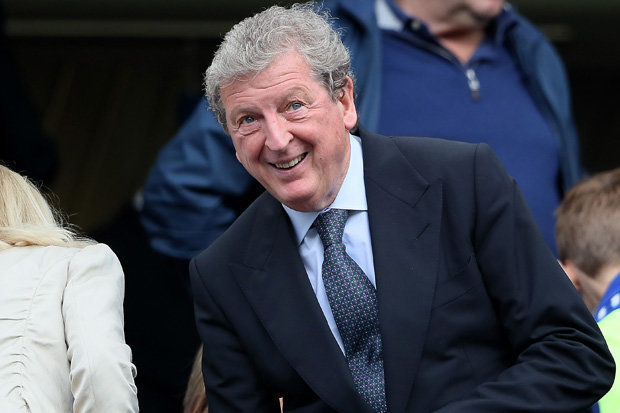 Roy Hodgson returned to soccer management for the first time since leaving his job as England coach a year ago, taking over at Premier League struggler Crystal Palace on Tuesday as a replacement for the fired Frank de Boer.

Former England manager Hodgson, who was born in Croydon and was on Palace's books without breaking through into the first team, admits work needs to be done to lift them off the bottom of the table.

The 70-year-old last worked in the English Premier League with West Brom in 2012 before leaving to become England manager. He told the official Palace website: "This is very much the club of my boyhood, and I remember in my youth watching the club from the terraces at the Holmesdale Road end which gave me such fond memories".

But Hodgson, the oldest manager appointed to a Premier League position, insisted the Eagles could bounce back from their woeful start to the season and remain in the Premier League.

He told Jim White: "The pressure has always been there and it'll only get stronger".

"I think we've got a lot of work to do before I will feel confident that every player fully understands with his role what I'm looking for and what I want him to do".

But his time in charge of England ended with a shock defeat by outsiders Iceland that saw the team knocked out of Euro 2016.

One of the key negotiating points for Hodgson in taking the job was that he could bring his former England and Fulham No2 Ray Lewington into Selhurst with him.

"I didn't want to end (my career) on a bad result, but I think the 56 games and the seven defeats is not so bad", he said.

Palace have claimed the unwanted title of becoming the first top flight side in 93 years to lose their first four games without scoring and face back-to-back trips against the two Manchester sides and a home game against Chelsea, after this weekend's clash against the Saints. "Good luck for the future", he said.

Ryan Murder: Bombay HC rejects Pintos' bail, asks them to submit passports
The owners of the school will now have until September 15 to approach a court in Haryana to seek fresh anticipatory bail. Many persons in the Gurugram branch of Ryan International School were quizzed by the police.

Taxi driver arrested for rape
A cabbie was booked in the national capital after he was found guilty of deceiving a woman and raping her, reports said. A senior police officer said Kumar, who is from Bihar, was arrested once earlier in connection with a molestation case.

Giants' Odell Beckham Jr. returns to practice
Needless to say, NY needs to get Beckham Jr. back on the field for Monday night's game against the Detroit Lions. While it's not a certainty that he will play, this is most definitely a good sign for the Giants.

Taapsee Pannu Slams A Troll On Social Media
However, Taapsee is not someone who would take crap as she rather responded to the haters with flawless mix of calm and humour. The Judwaa 2 actor had shared two photos of herself on Twitter and one on Instagram to promote new song " Aa toh sahi ".

Here's Susan Rice's Explanation For Unmasking Trump Campaign Officials
Trey Gowdy hinted in an interview with The Daily Caller that Rice did not improperly unmask anyone on the Trump team. Therefore, any Americans identified in intelligence reports about the meeting were unmasked.