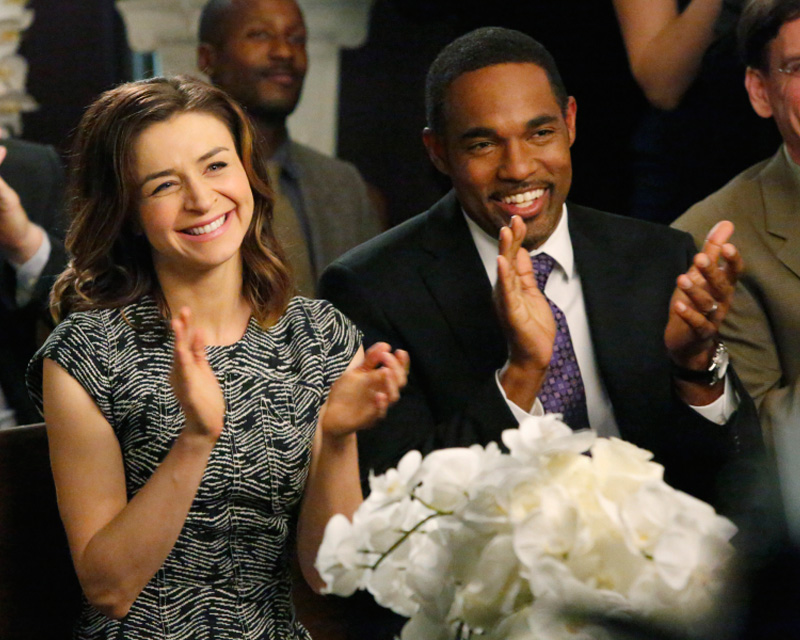 However, THR says George will continue to appear on Grey's Anatomy occasionally, so it doesn't necessarily mean Ben and Bailey are breaking up.

The 10-episode spin-off, which is supposed to launch out of an episode of Grey's, will center on a group of heroic firefighters, from the captain down to the newest recruit.

George's character's potential future with the Seattle Fire Department was hinted at in the Season 13 finale with Dr. Ben Warren - the eventual husband to original series star Chandra Wilson's Miranda Bailey. George will remain a regular on "Grey's" throughout the upcoming fourteenth season, until production begins on the spinoff. He was promoted to series regular in season 12.

According to The Hollywood Reporter the new series will act as an offshoot of Grey's Anatomy, with numerous main characters being introduced in an episode of the principal show later this fall. Stephanie would go on to leave the hospital as Hinton exited the series. The spinoff was ordered straight-to-series by ABC back in May. Shonda Rhimes and Betsy Beers will executive produce with McKee. To shore up the flagship's staff, Krista Vernoff recently rejoined Grey's as co-showrunner after serving in the same role for its first eight seasons. The actor's credits also include ABC's Mistresses and Off the Map.

Grey's Anatomy returns with a two-hour premiere on Thursday, Sept. 28 at 8 p.m. ET on ABC.

Clinton: Trump's speech was 'cry from white nationalist gut'
Co-hose Mika Brzezinski asked Page if Clinton had offered any advice for the future of the Democratic Party moving forward. Clinton's anger is most sharply focused on Comey.

Thatgamecompany releases trailer for new game 'Sky'
You and your fellow players are "children of the light", charged with "bringing light to where it's needed most". Back then, we only knew of their in-progress project as something vague, mysterious, and blue.